Chieftains and T-62s and T-55 with Scorpions and M109 artillery? In a legal force? 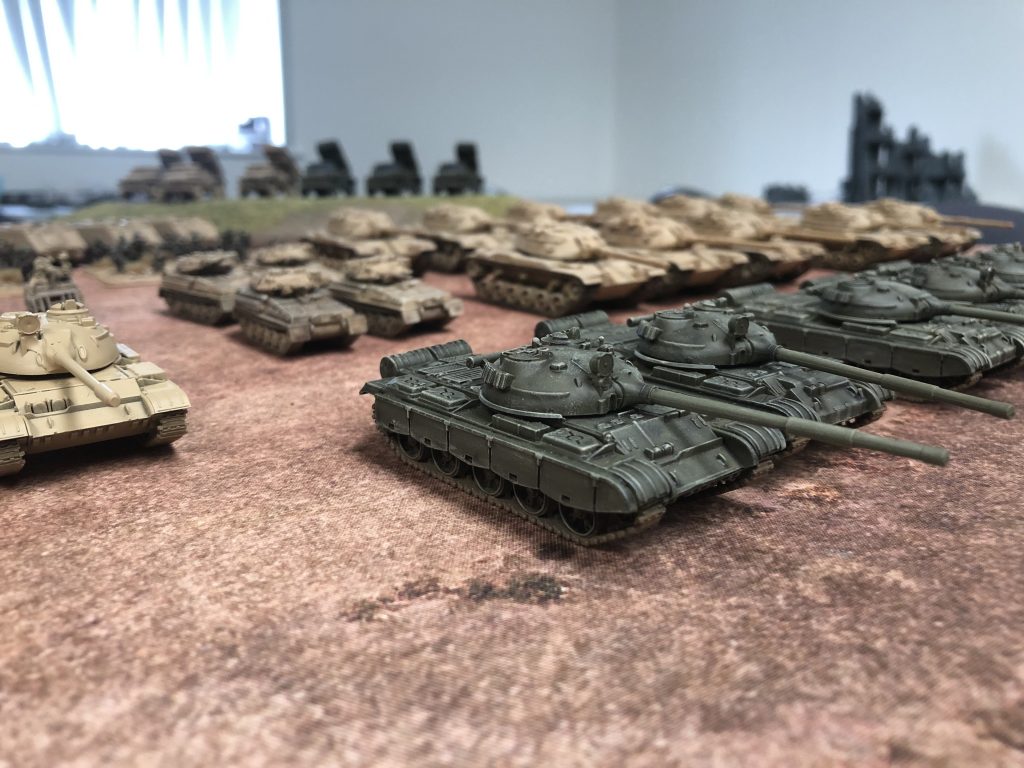 And that was the thought process when I looked through Oil War: World War III in the Middle East. Freddie called Israelis and Gareth wanted to build an Iraqi army. That left me with the choice of Syrians, Iranians, or a Soviet T-62M force in conjunction with Red Banner. 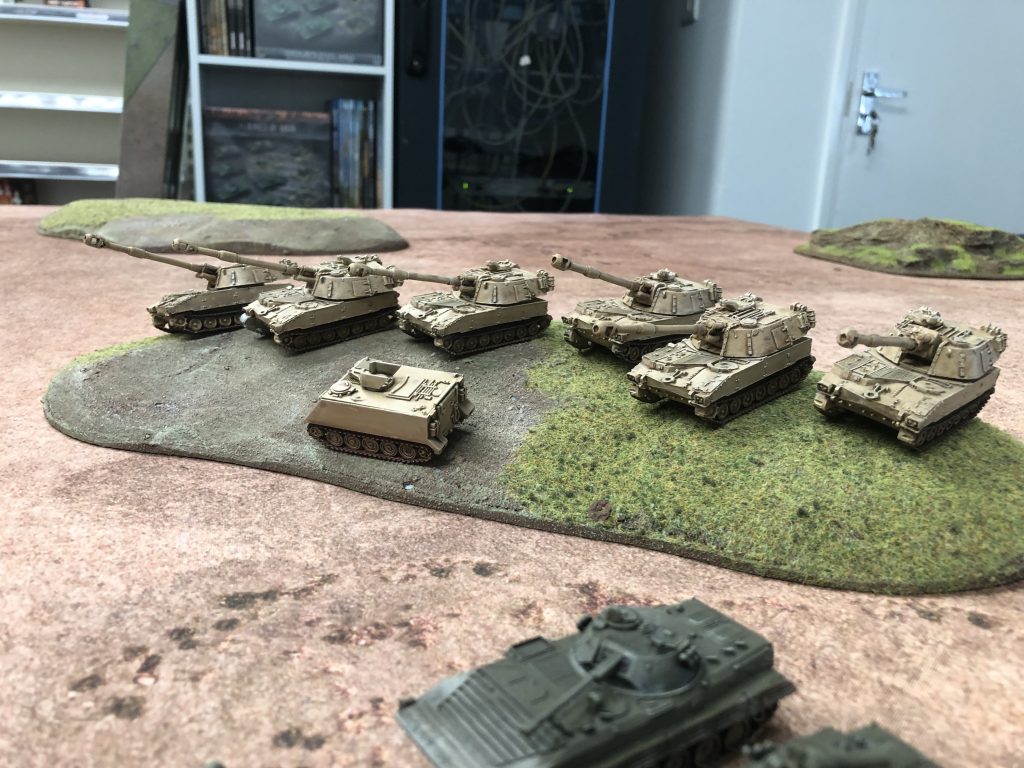 After reading through the background for the Iranians, specifically that they were sponsored by NATO prior to the 1979 Islamic Revolution, and then had access to Soviet armour and weapons thereafter, the thought process for a combined arms list that had a bit of everything that Team Yankee offers, took shape. 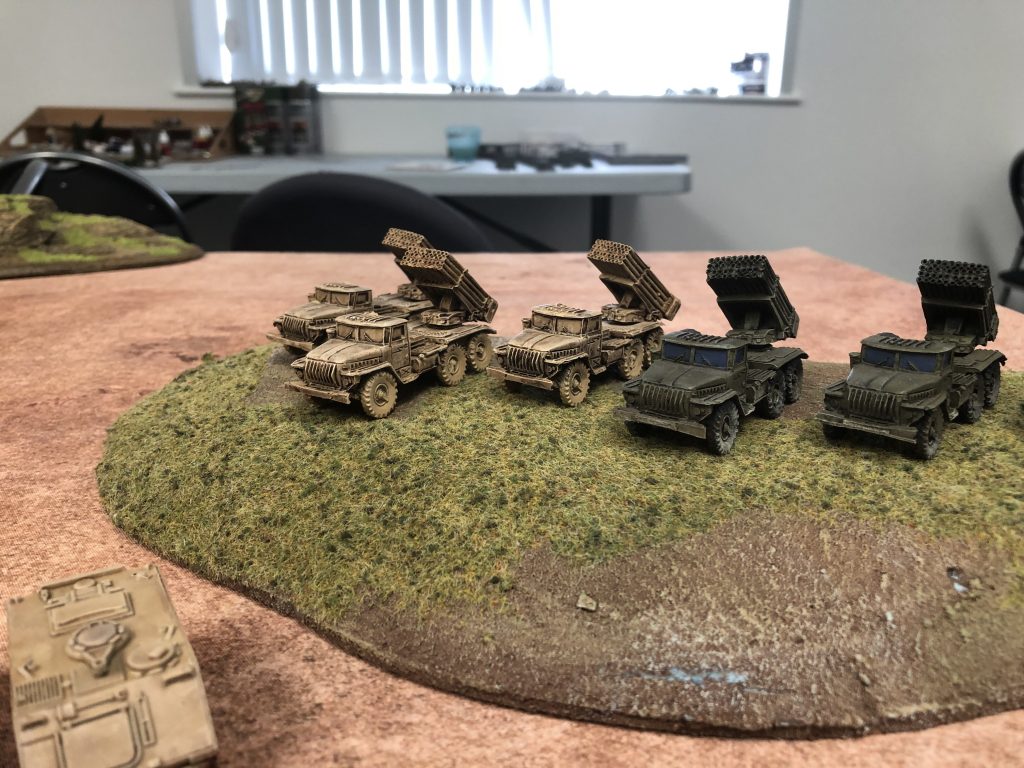 As I preach to anyone who will listen, success is down to Proper Preparation. Although not grammatically correct, the point is still valid. I sat down and thrashed out a list that had a bit of everything. This original list took me to over 200 points. Probably a few too many to build in a week and then paint in a month… 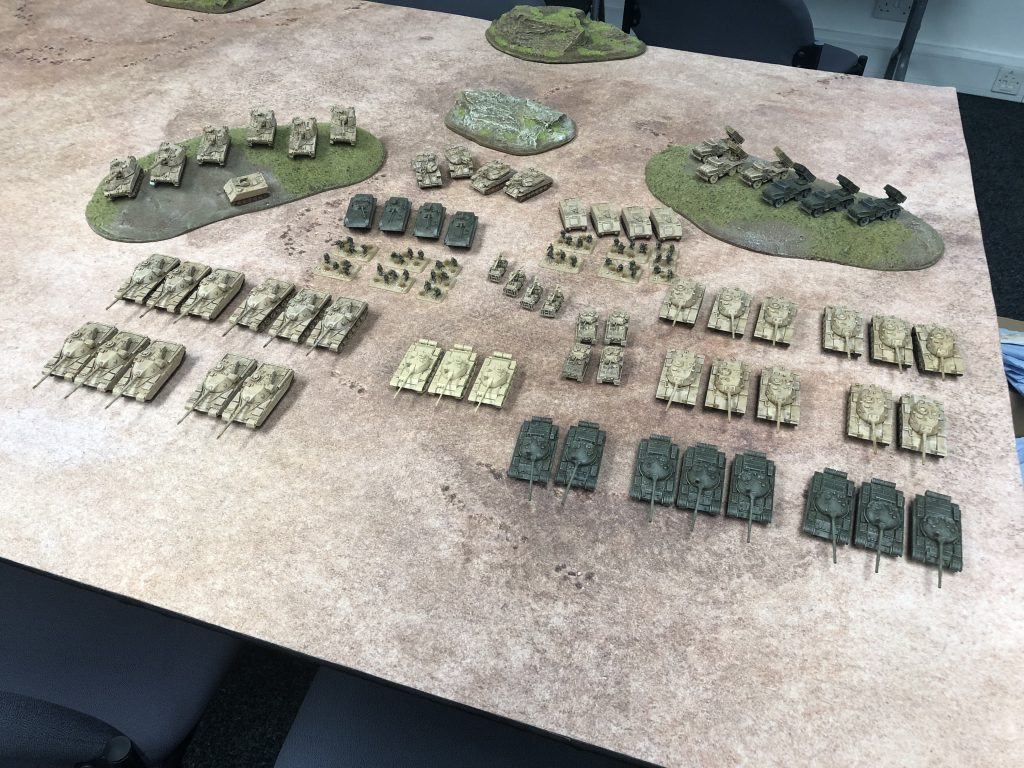 So I trimmed the core formations and reduced the support choices and managed to drop the list to 109 points. 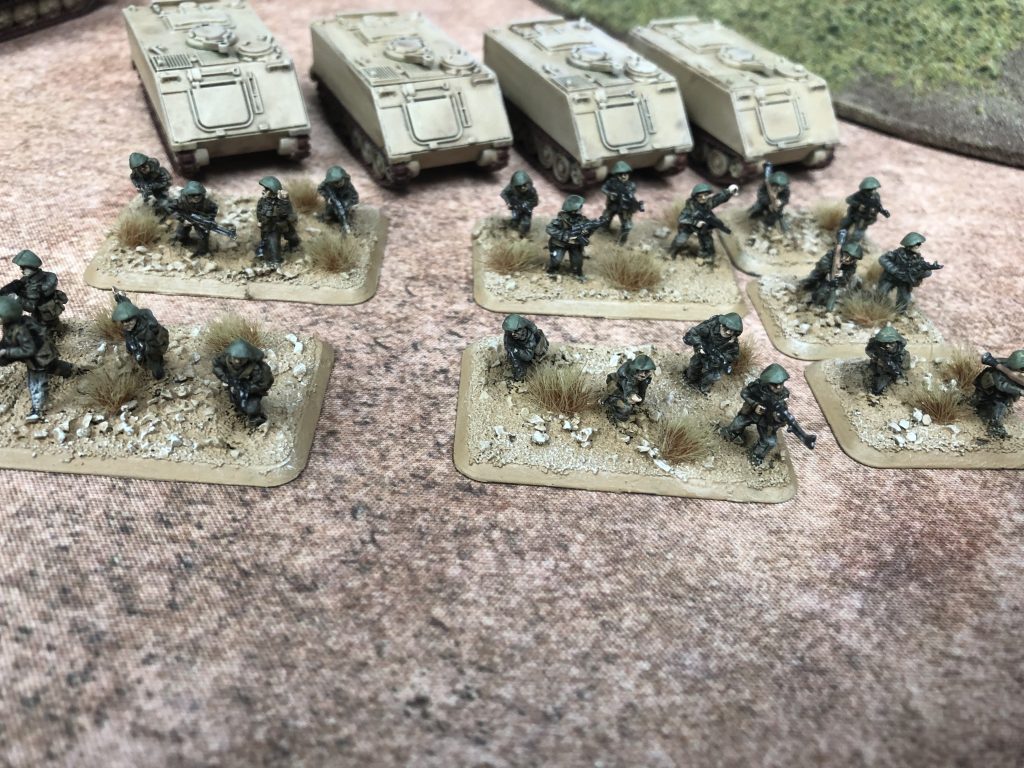 The list below is probably my final choices… though as ever our first few test games with our forces normally tell us what does and doesn’t work. 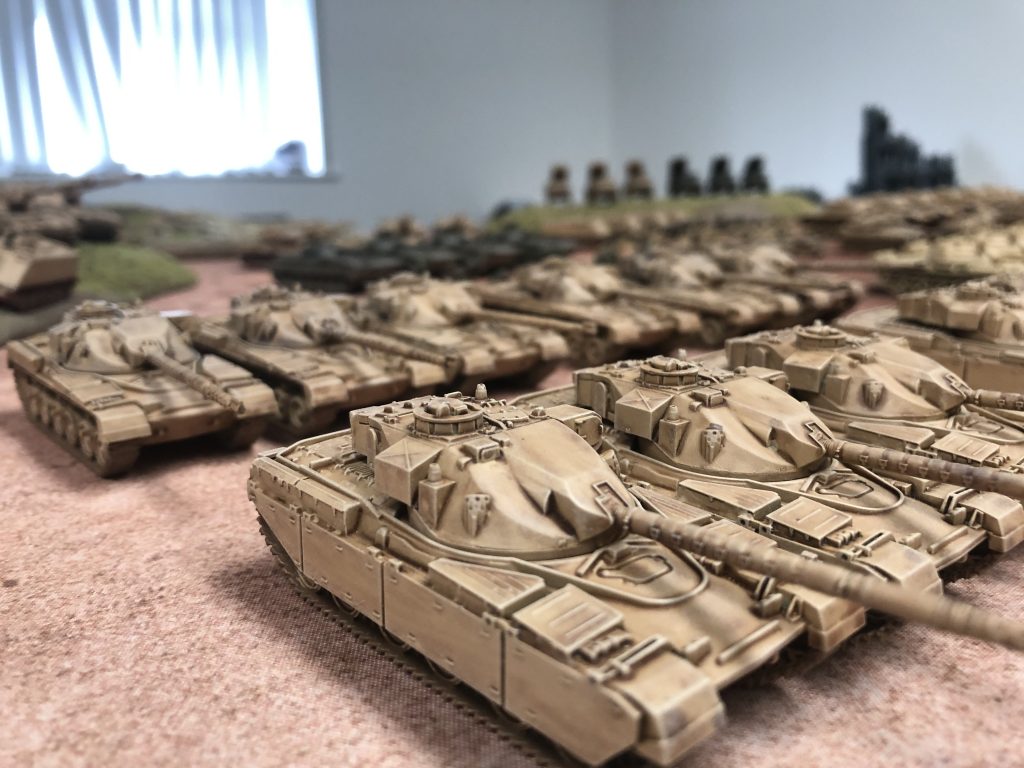