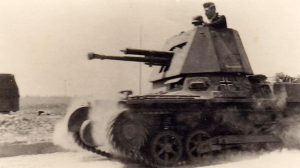 Germans are not my first army, being on the receiving end of their effective weapons, especially the fearsome Marder, I have a profound respect (and mild fear) of their tank hunters. The Panzerjäger I is one of the few tank-hunters that I can happily roll my Churchills, Shermans, and even Grants forwards with minimal worry. However, put up against the more evenly matched Stuarts, and Crusaders and the Panzerjäger I suddenly becomes a weapon to be reckoned with.

Even with the dated, and ramshackle look of the vehicle, it was very popular amongst German players, which is why today we’re doing another ‘Unofficial’ card for players to field them in your Afrika Korps force. 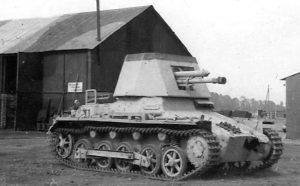 Brief History
Even at the start of the war, the Wehrmacht recognised that the Panzer I was obsolete, even for a scouting role. With this in mind, they devised a project to take the chassis of these light tanks and mount usually static anti-tank guns, giving the weapons greater versatility, and to keep up with the Blitzkrieg. With the capitulation of Czechoslovakia in 1938, the Germans found themselves with a surplus of light to medium anti-tank guns of Czech origin. The Škoda 4.7cm, was chosen for this task due to its reliability and lightweight frame.

The gun was originally mounted in place of the turret in its original form; gun shield, with wheels and trail removed. This was soon improved upon with a fighting compartment comprised of sheet metal, a marked improvement over the original design.

The vehicle originally served in France, before twenty-seven of them were equipped to the Afrika Korps in 1941. During Operation Crusader almost half of these vehicles were lost, with only four replacements arriving for the Battle of Gazala, and a further three later in 1942. By the time of the Second Battle of El Alamein, the Anti-Tank Battalion (605) only had eleven working vehicles.

The Panzerjäger I saw more action on the Eastern Front, during Operation Barbarossa, but that’s for another time.

Making a Unit Card
To stat up the Panzerjäger I, it’s natural to look to its successor; the Marder (7.62cm). Much like the successor, the Panzerjäger I had very little armour; only the thin steel fighting compartment, and the thin Panzer I armour, combine this with the open-topped nature of the vehicle, and it results in a 1-1-0 armour rating.

In terms of rating, these Tank-hunters were crewed by the same Veterans of France, and so retain the 3+ Skill rating, and with similarities to the Marder, the Motivation remains unchanged.

The armament of the Panzerjäger I is where the biggest difference lies. The 4.7cm (t) [For Tscheschisch, or Czech], was a larger round than the 2pdr, or American 37mm, with slightly higher armour penetration, but with a similar amount of firepower once the target was hit. This gives the gun an Anti-tank rating of 8, with a good Firepower of 4+.

Finally, the movement of the Panzerjäger has an identical mobility line to the Marder, given the lighter frame, chassis, and gun; but with a less powerful engine under the hood.

In terms of points, the Panzerjäger I is a tank-hunter for players on a points budget. With the loss of effective armour, and a major drop in penetrating power, it’s no surprise that the tank comes in at half the points of the bigger Marder. 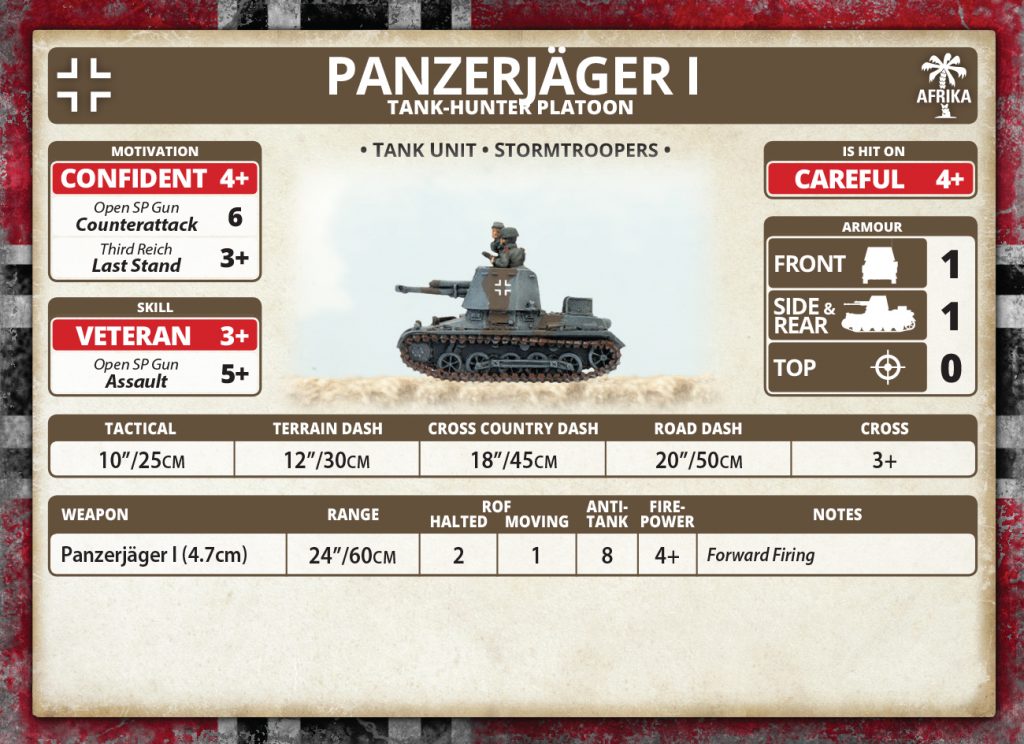 With the ability to field the Panzerjäger in the place of the Tiger, Marder, and even the Diana, this light tank-hunter will be a must-have for supporting the usually expensive German Companies, who don’t feel the need to have anything as powerful as a Tiger or Marder in their battle line.

Though it may be older, and ramshackle, the Panzerjäger I remains a favourite for German players, and will continue putting the fear into Crusaders, Stuarts and pesky US armored rifle platoons.