The first Flames Of War models I ever painted were Panzer III’s and Tigers from the 1942 list in Ostfront. They were very much a beginner painters army, so Iron Cross presented the perfect opportunity to revisit Midwar Panzer Grey.

I wanted to pick a composition of tanks that would work for both FOW and TANKS!. I settled on 5x Panzer III’s and 1x Tiger, with the aim to work on some Assault Pioneers at a later date to create a Flames Of War force.

Time to get to work!

Assembly went fairly quickly, and more time was probably spent deciding how much extra stowage to add. In the end I decided to keep it pretty minimal as I already have an Afrika Korps force festooned with stowage. However I did modify some mudguards to be missing to add variety. 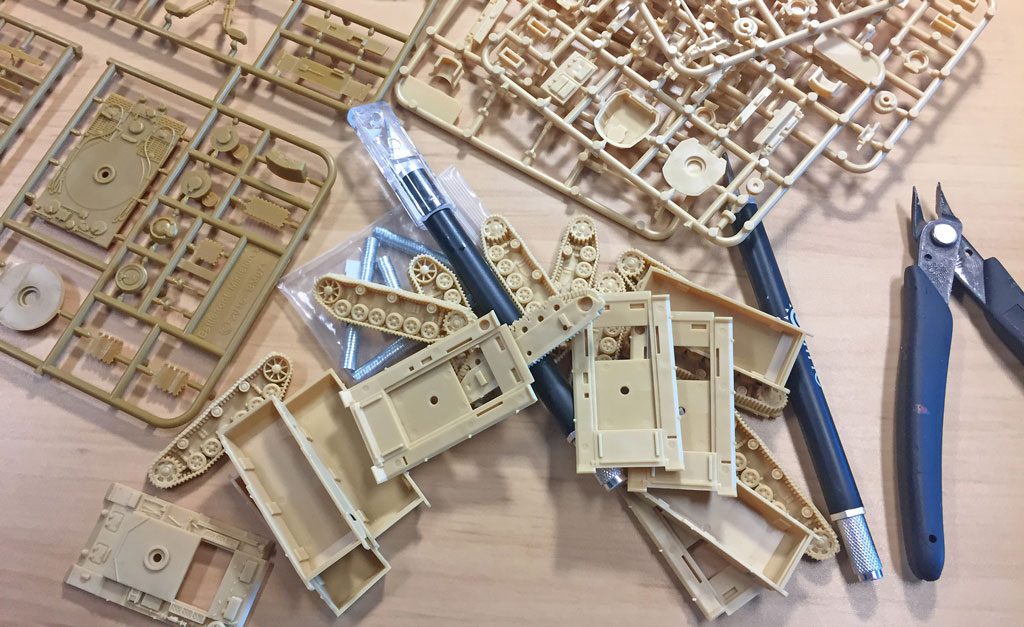 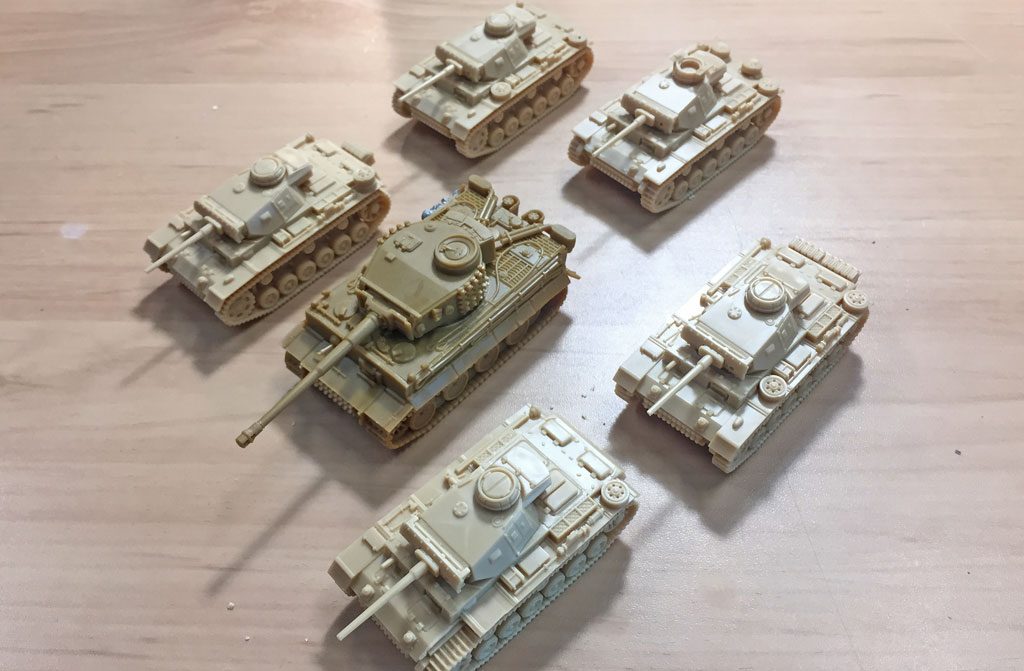 After lunch I tested out some colours and decided to start with a fairly dark blue-ash grey, and work it up by adding white. I did about three stages with the airbrush. I purposefully went brighter than I usually would, knowing that it would likely get quite dark again with washes/weathering. This brought me to the end of day one. I was happy to get to this point and pleased with the results so far. The next step was to add some definition to the details. I did this with a dry brush and selective highlight with a pale grey blue. 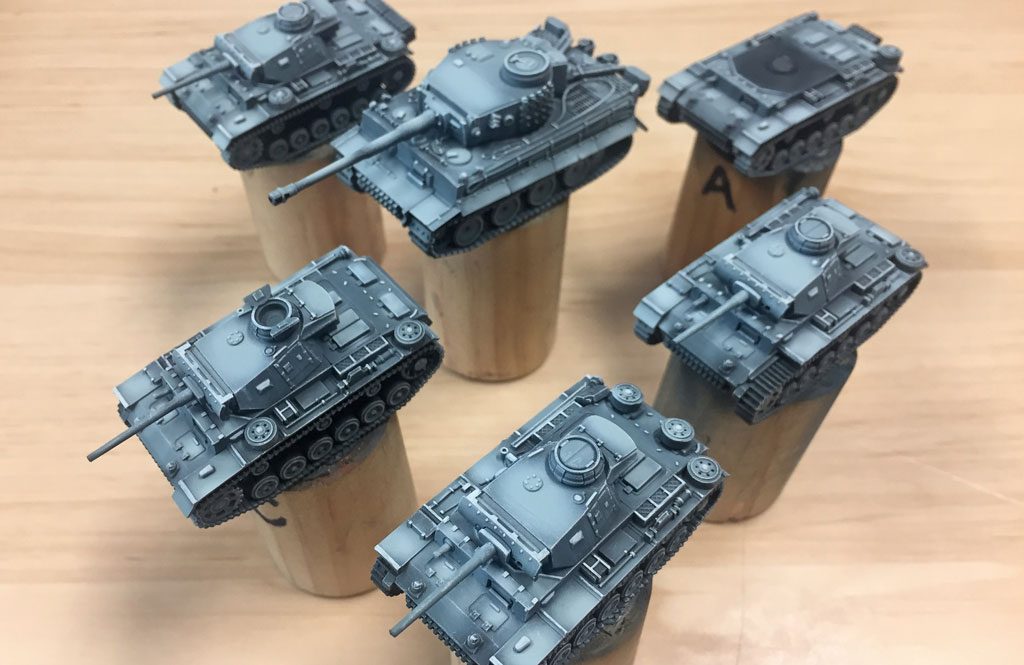 To start to tone everything down and blend in my highlights, I coated everything with a very thin Panzer grey filter. 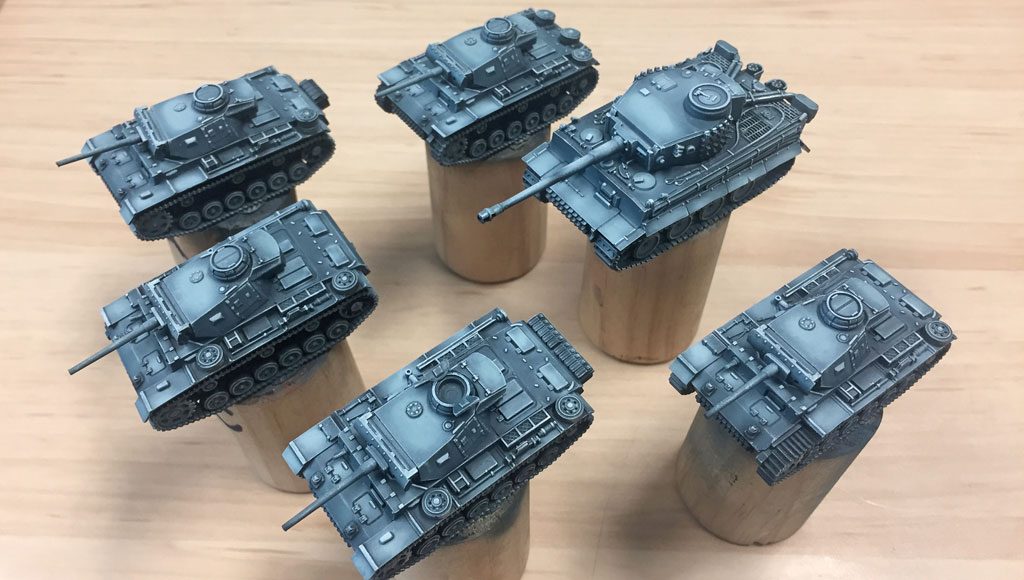 To cap off the day I applied some chipping using a fine brush and sponge. I used a red brown to simulate red oxide primer. 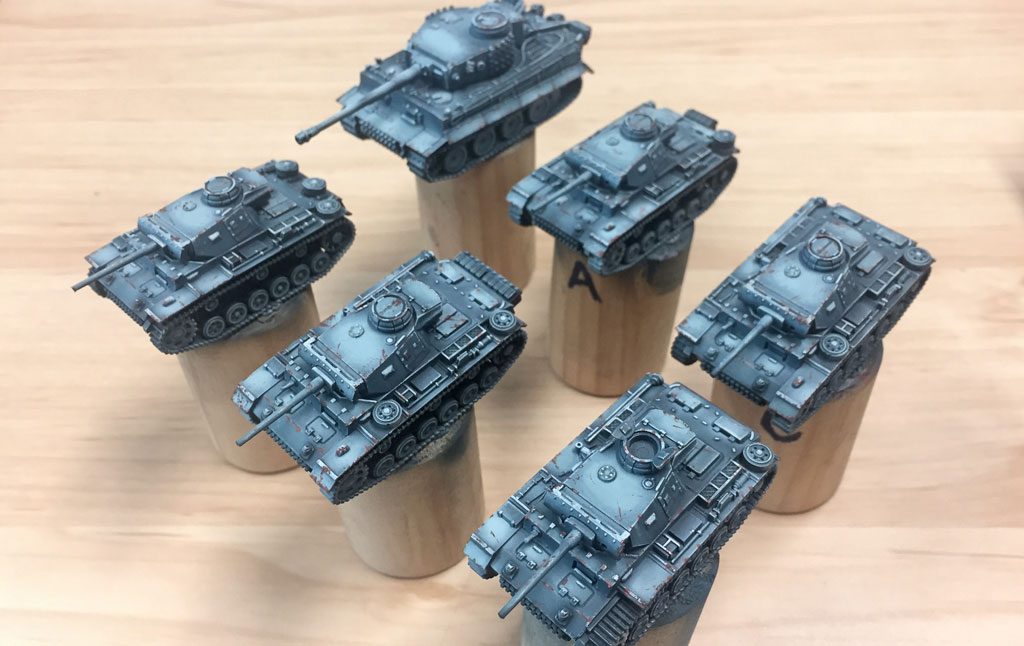 I feel like I’ve good headway with these, and can hopefully get them finished in the not too distant future. After painting in the details and decals, all that will be left is some weathering.

Then it’ll be time to plan the Pioneer platoons…