The new releases for the Soviets in World War III: Team Yankee offer so many cool new options. When the new kits like the T-80, BMP-3, TOS-1, and Tunguska started appearing in the studio, I started noodling lists to try and include all of them. 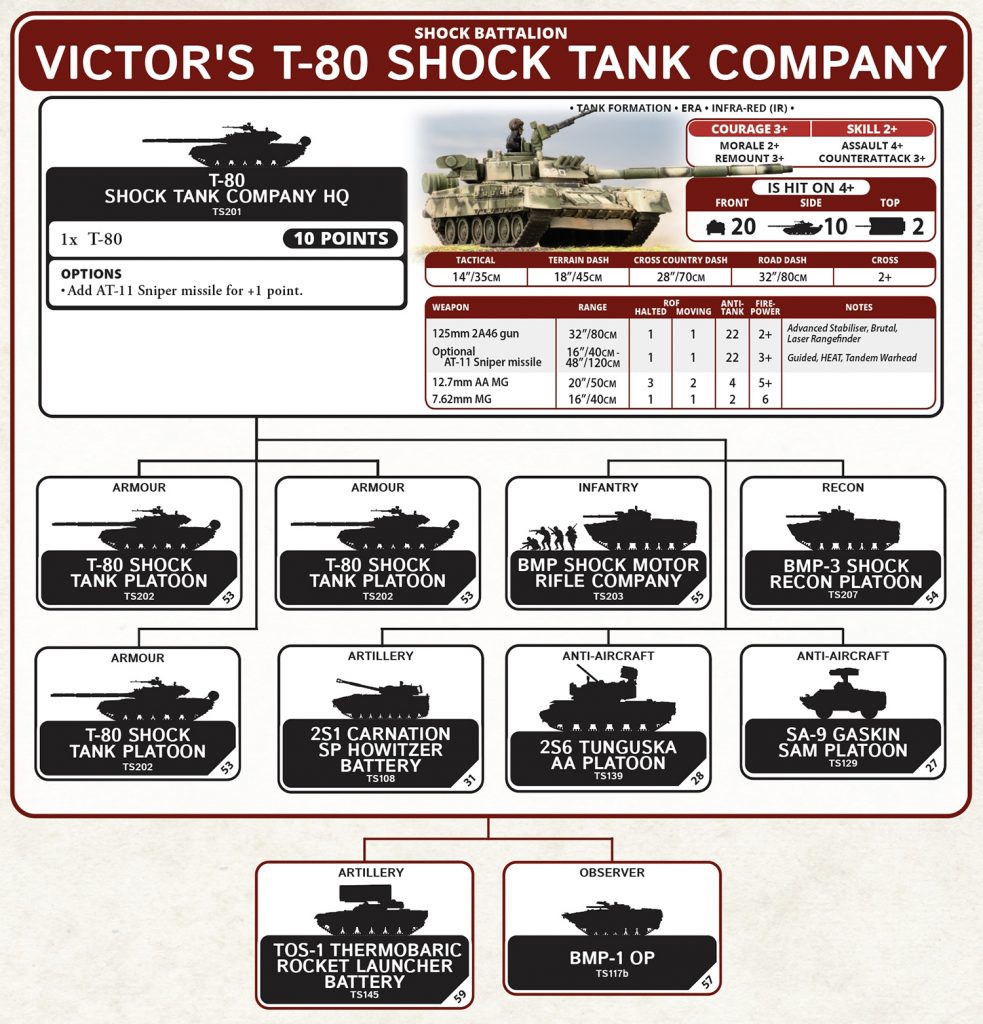 Soviet armies get stereotyped as large hordes of questionable quality units, relying on sheer numbers to overwhelm the enemy. This is often true, but with modern equipment, and the new T-80 Shock Tank Company, I saw an opportunity here to find a middle ground between quantity and quality.

Here is the first list a came up with: 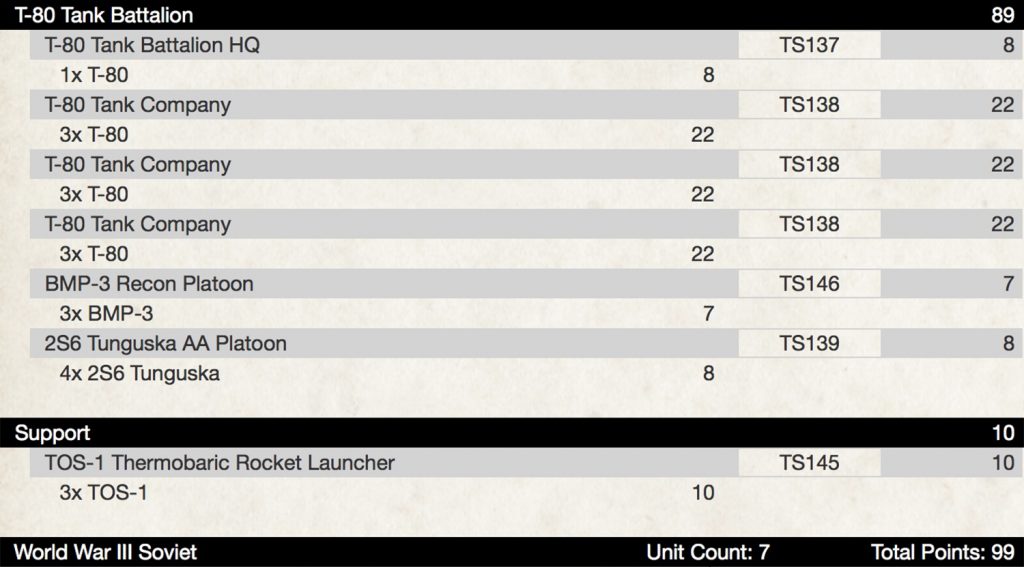 This is the type of list I normally gravitate to; max out on expensive tanks, and fill the rest with something cool. Unfortunately on the table it doesn’t have a combined arms approach and is easily countered, so I evolved it to this: 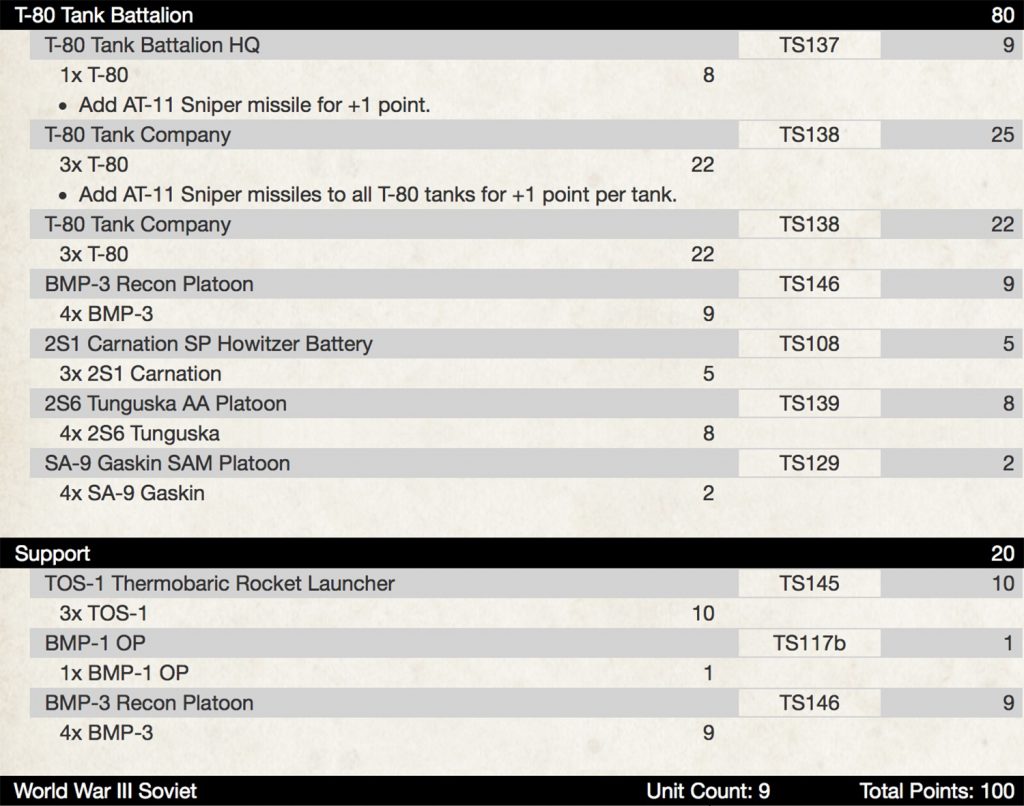 Now here I feel like I’ve got a little bit of everything, and most of it is in formation. I dropped a T-80 company which made room for Carnations and an OP, Gaskins, more recon, and some missiles. The two platoons of BMP-3’s are maybe a little redundant, but the end goal is to have 8 painted so I can run 3 as recon, and 5 to carry infantry as you’ll see below…

A few of us in the studio have been talking about playing some larger 150 point games, focusing on more modern equipment, so I wanted to see if I could easily make the army work at both 100 and 150 points with minimal extra painting. Here is how the above list grows: 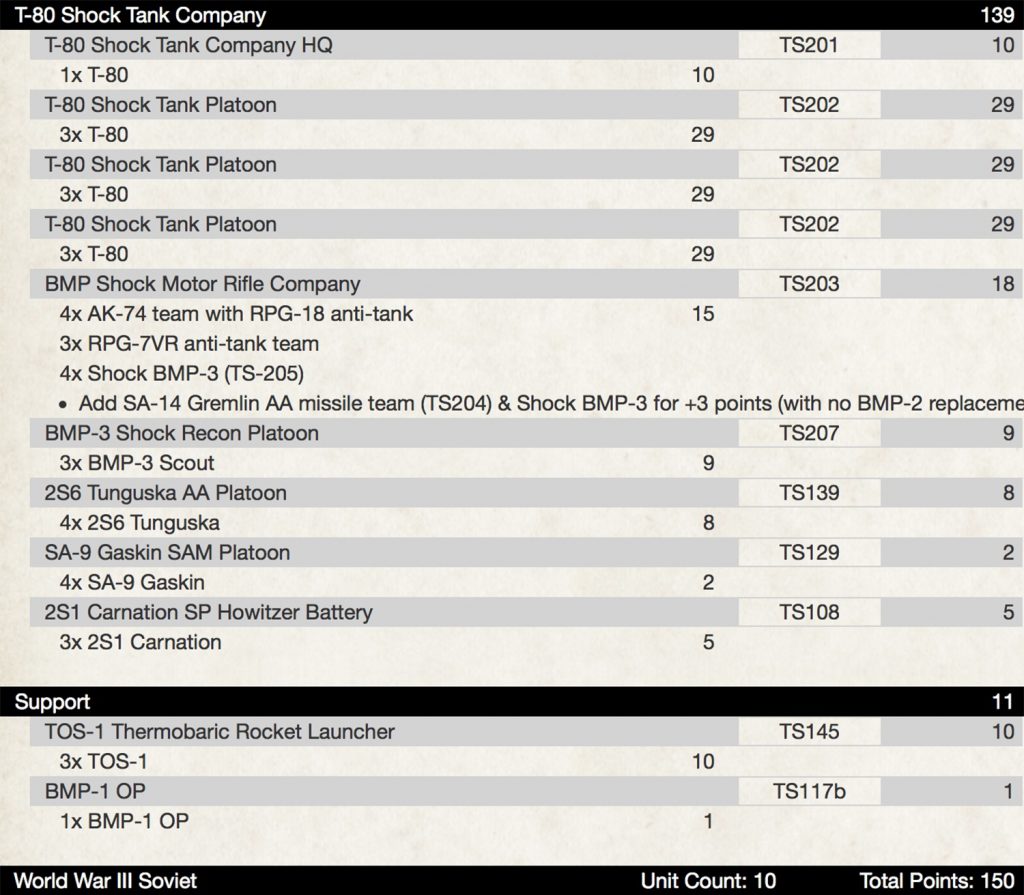 I put the third company of T-80’s back in, and upgraded the formation to the Shock Company. The biggest addition is the Motor Rifle Company, but I think these improve the list greatly, and will be a fun painting project later down the line.

I’m excited to have two lists to throw down whether it’s at a 100 point tournament, or a friendly game with one of the Big Four at 150 points, without a huge change in model count. It’s mostly thanks to the new Shock Tank Company offering the option to have Soviets hit on 4+ for a bit more points, and I’m eager to try out both.