As you may, or may not know, I have built quite a large WWIII Czechoslovakian army dominated with T-55’s, T-72’s and infantry (in OT-64s). It is a heck of a lot of fun to play but, if I am being blunt, has a literal table full of models which can make for some hard work on the gaming front. You can find some pictures from the previous Panzerschreck and ValleyCon where I took this army along for a weekend of gaming over on the Big Four Of Late War site here…

With the release of the WWIII: Soviet book I thought it might be interesting to take (some) of the models that I have and put together a couple of lists that I can use when I am wanting a faster game. Clearly these are some more motivated, better trained, and in some cases better equipped Czechoslovakian forces – perhaps a demonstration battalion or Presidential Guard…

First up is my T-55 Battalion. This lets me keep running the horde of tanks (and with some slight upgrades from the T-55AM2 going to the T-55AM (check out John’s article about this great tank here… ) 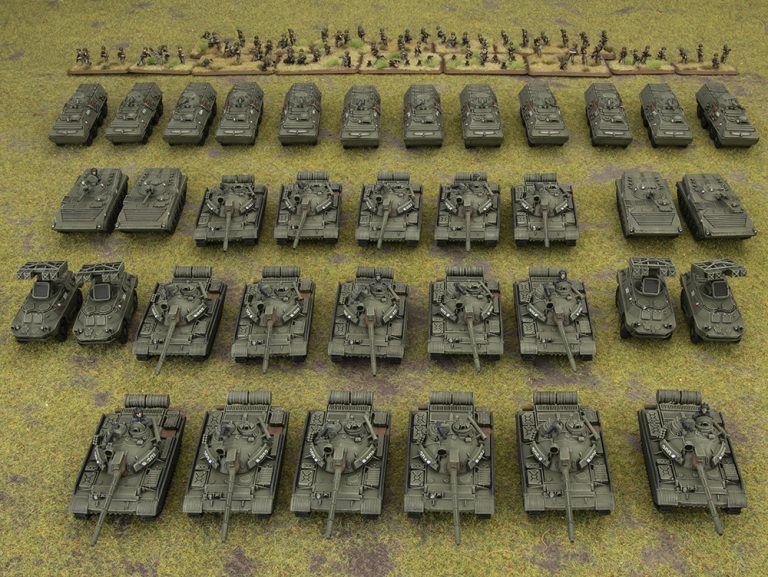 I am not sure that running this force will save me ‘much’ time when playing games but at least I can be less worried about taking those Morale and Rally checks when I come under fire. I wanted to play around with the idea of adding missiles to my T-55AM’s but I couldn’t bring myself to remove any of the units to find the points! 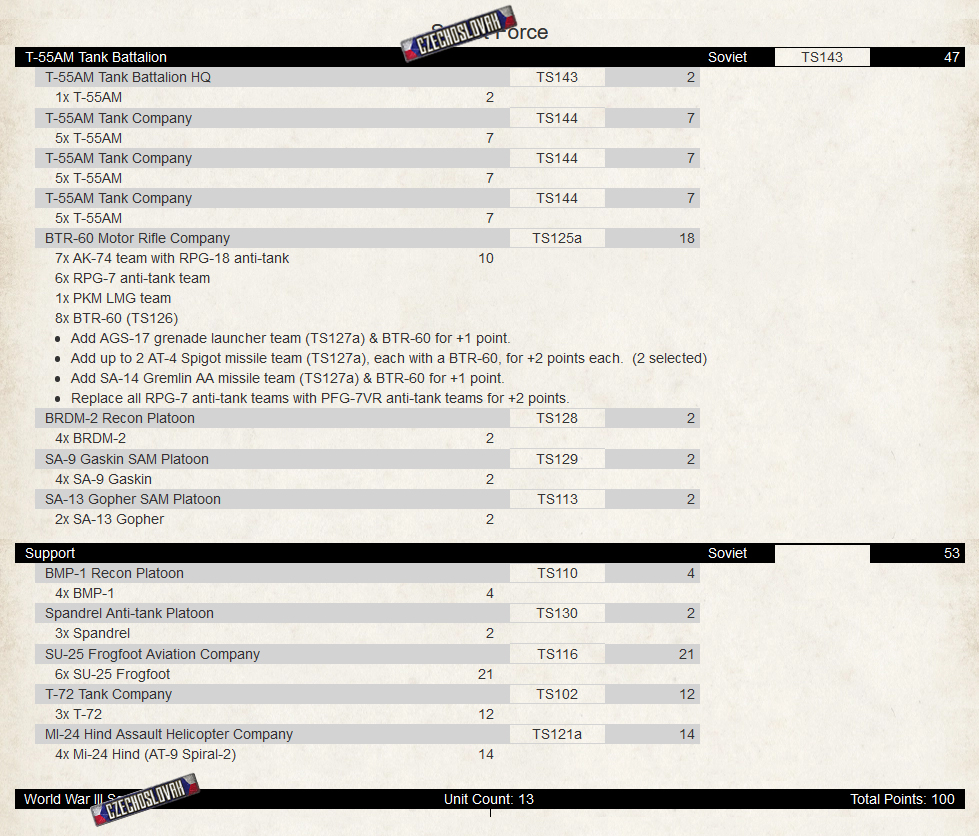 My second option is really just a variant on the theme with the T-72’s taking the lead. I’m not convinced that platoons of three is a good idea but right now I only have 10 painted and whilst I intend on adding another six (to increase the platoons up to five each) I am stuck with what I have. Additionally, I run in to the same issue with the T-55AM’s that I would need to find those points. First World problems eh….

Looking at the force though I have managed to pack in all my (okay, almost all of my) favourite toys with the Hinds and SU-25’s in there for some serious heavy lifting whilst the infantry (upgraded with next-gen RPGs) should be a headache for someone. 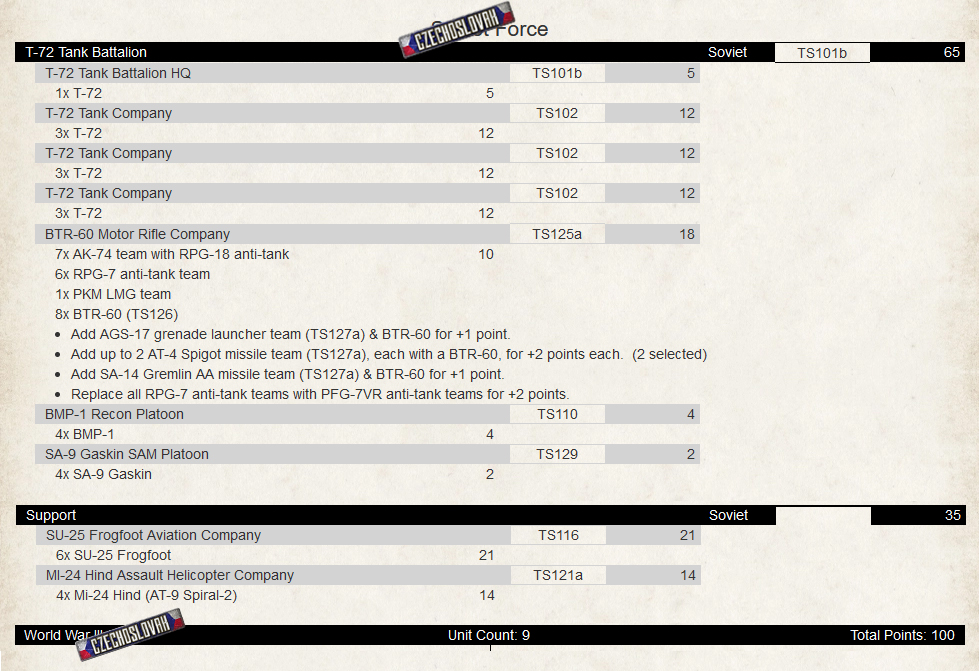 Both lists look a lot of fun to run and whilst I don’t have the new shiny T-80 or BMP-3 I still have a well-rounded force. This also gives me an excuse to build a specific ‘ultra-modern’ Soviet T-80 army at a later date that can be used to help stiffen up their Czechoslovakian allies!