I, like most people, love the idea of fielding captured equipment as evidenced by my Das Reich T-34 Beute Panzerkompanie. 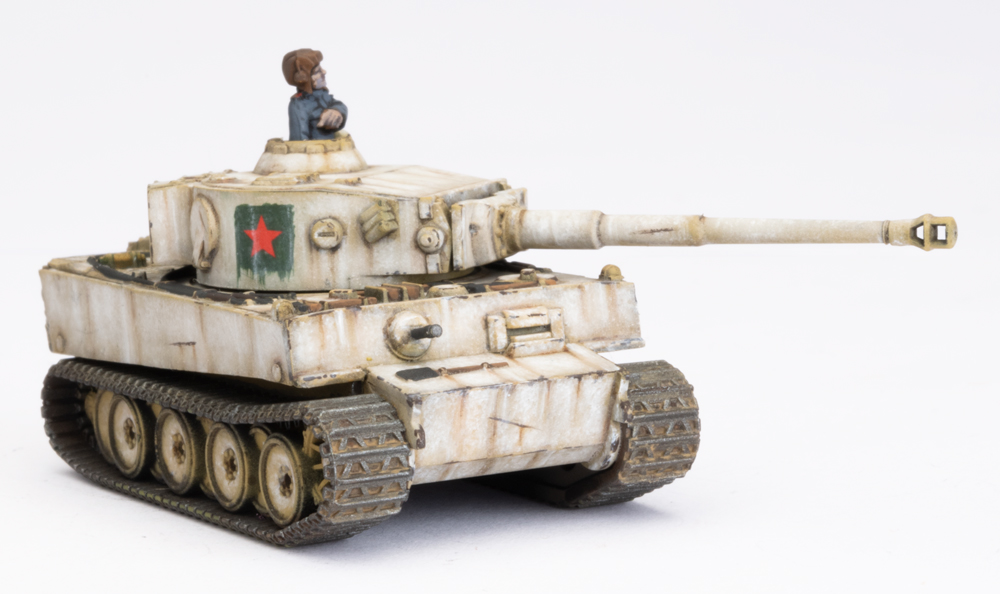 The tide has now turned back to the Soviets. Back when they first appeared in Version 3 in Hammer & Sickle a pair of captured Panthers were a mainstay of any tank army that I built as it was one of the cheapest and easiest ways of getting some anti-tank 14 into my army.

Fast forward a few years and captured tanks are back, and better than ever!

The Captured Tank Command Card allows you to field a Captured Tank Platoon in place of a BA-64 Scout Platoon. I plan on painting up a platoon of Captured tanks because they look cool.

I’m planning on painting a platoon that consists of 2 Panthers and one Tiger. To fit in with my Winter-wash paint scheme I’ve chosen to paint a Mid war Tiger I and 2 late Panther G tanks mainly because they don’t have zimmerit and are easier to paint in my version of whitewash. 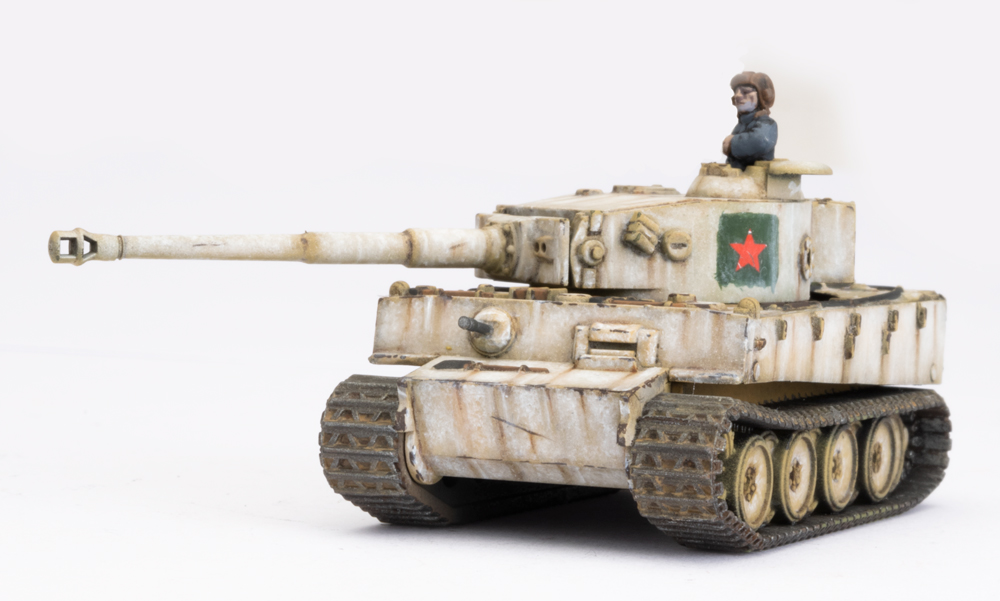 I started with the Tiger I as a test piece as the colours and process are slightly different to my white washed green.

I have always liked solid yellow on Tigers, so I have kept the basecoat plain and just added green squares and red stars where the original German markings were. I stole an idea off Victor and also removed the tow cable on the side to add more flat panels for whitewash and make it look more used. I have assembled my Panthers, but these will get a 3-colour camo treatment before getting their whitewash.

Captured tanks in the game

On the card you get options for Panzer IVs, StuGs, Tigers, and Panthers. I’m not really going to talk about Panzer IVs or StuGs here though.

The obvious comparison to the captured tanks are IS-2s. Three IS-2 tanks come in at 22 points, while three captured Panthers come in at 21 points (22 points if you replace one Panther with a Tiger, but for the ease of comparison I’ll stick with Panthers).

Panthers on the other hand have Anti-tank 14, ROF 2, Firepower 3+, but only have Front Armour 9, Side Armour 5 and Top Armour 1.

You are essentially trading the better armour of the IS-2 for slightly better mobility and the higher ROF and longer-range gun. You are also giving up your recon slot by taking the captured tanks as well, but your captured tanks do have Spearhead.

Another note to make is that the captured tanks are also Green, so won’t really be able to pull off many tricky movement orders. 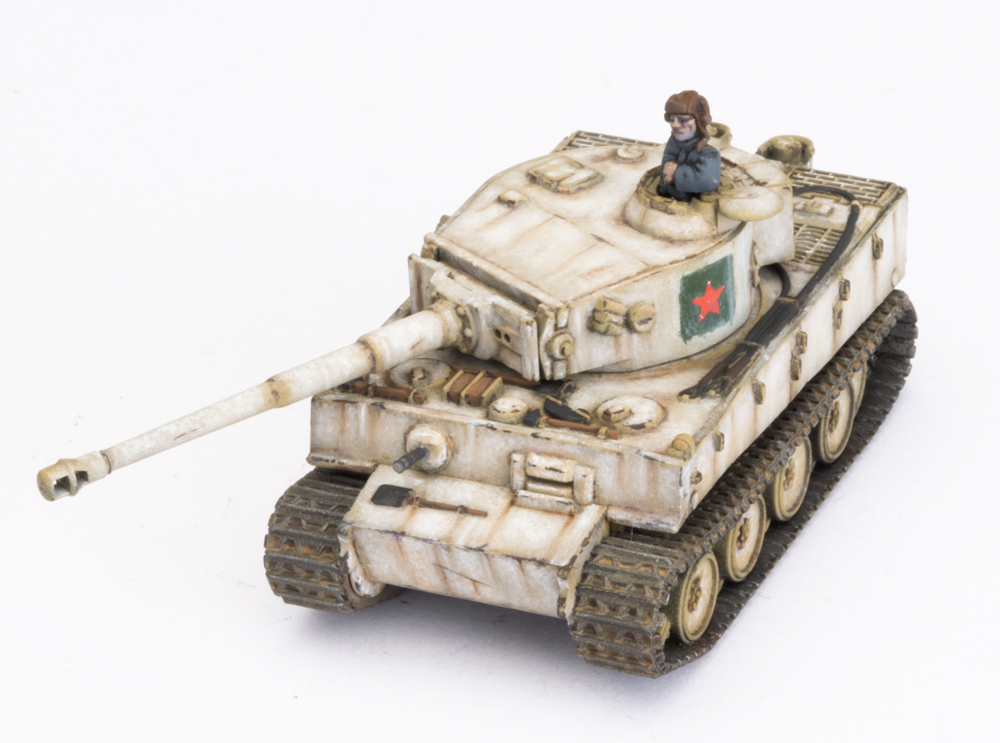 I don’t think a captured tank platoon is an automatic choice, as they do slightly different jobs. IS-2s have a slight advantage because they are now cheap enough to take a whole formation of them now and have them count towards morale.

Where captured tanks really shine in a Rota Razvedki, or Reconnaissance Company. Here they can replace your BA-64 platoon and give you a tough tank platoon inside your formation. The added bonus here is that they will now count towards morale, and you can still take a divisional support platoon of BA-64s for a second Spearhead option.

Funnily enough, a Rota Razvedki is a list that I have always wanted to make, more on this later…