Almost a year ago (who can believe that!) I started planning out my compact little Tiger Company, themed around the idea of building the force Michael Wittmann rolled in to battle with on the 8th of August. You can check out my original article here….

I’ve drawn pretty much all of my information from  PanzerAce.net and if you want to know more you should check it out. According to their information Wittmann, who had borrowed another tank for the day, went in to battle with a total of seven tanks:

I’ve chosen to build and paint 8 Tigers as this lets me have Tiger 205, the tank he is more known for using during the Normandy campaign. It also has the benefit that when used as a Heer force I can have all 8 and some AA for 100 points!

Turning to my SS Force, this is what I am looking at: 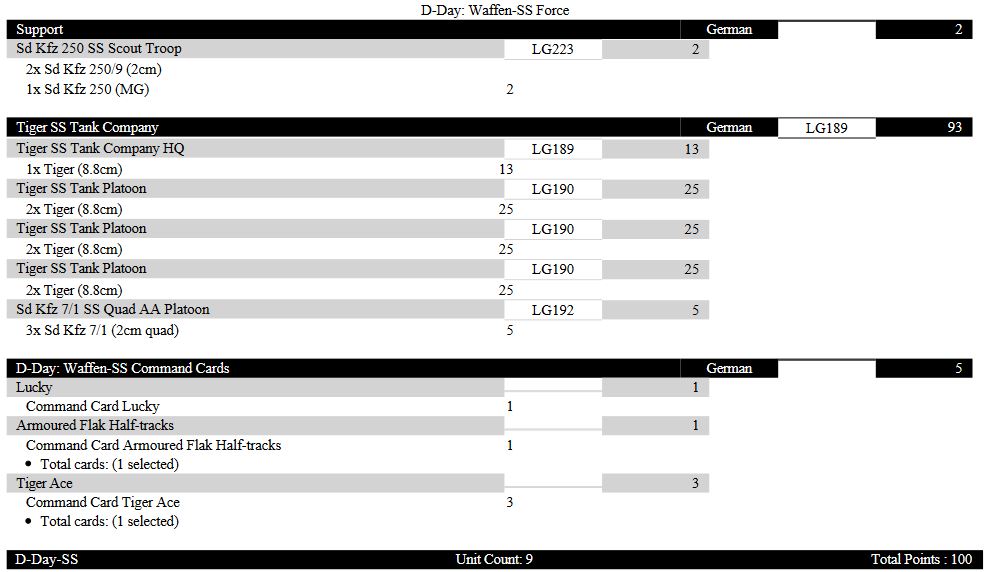 My plan for the list is simple, use the Scout Troop to push up and pick great positions for the Tigers, whilst the Quad AA helps to keep the force on the table should something go really wrong, or drive up and spray things with 2cm cannon fire to suppress enemies. I would like to have the Wittmann Command Card in the force, but at 12 points it is either that or the other troops… Of course I have also been reading some of John’s articles and the idea of dropping a Tiger Platoon, adding a second Tiger to the HQ and wedging in a platoon of Hohenstaufen ‘Best Infantry’ in Sd Kfz 250 halftracks is VERY tempting!

Anyway… I had a cunning plan for this Live Launch to have the Tigers all built and painted but a few little technical issues meant that I am running behind schedule, but I have them so close – just a gloss varnish, wash, tidy up and done! On the good side, with any luck I might actually get them finished this weekend (after the launch sadly) and get a few pics up for people to see. 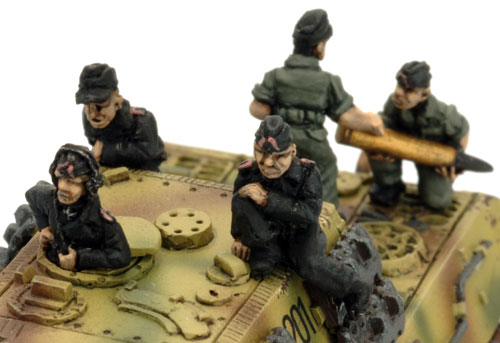 I am super excited to get this list completed because it will be a fun self-contained force that is great when I need an easy force to take to an event, that won’t take up a lot of space!