Like many Flames Of War players, I have quite an interest in the German Big Cats (Tigers, Panthers and so on) and have featured them in many of my armies. I cannot put my finger on the primary reason for my love of these tanks, but it is probably a combination of factors including in-game performance, and real-world respect.

With the D-Day: German book I found myself really wanting to build a few lists (nothing like new plastic kits passing across your desk to get you excited) but thanks to my Big Four commitments I was reluctant to dive down the rabbit hole – that was until inspiration hit me! I have a box of partially assembled Tigers sitting in the man-cave (okay, garage) at home that I started and then stopped after being distracted by something else shiny!

Now, you cannot think about Tigers without thinking about Michael Wittmann and his exploits in Normandy. His actions have become somewhat legendary amongst the modelling and gaming communities. We even made a specific model for him back in the day (see the article here…) 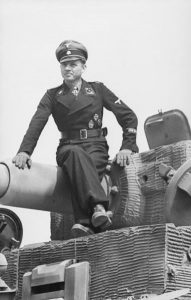 I’m drawn to building a list around him for a few different reasons; 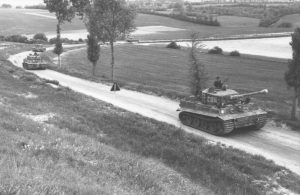 So what’s my plan? First step, start building the army. I am going to be heavily inspired by Blake’s outstanding article over on the Flames Of War site – stop reading this now, click this link and come back – which is overflowing with great ideas.

Next, do a little reading and figure out a how to paint them.

Lastly, find someone in the Studio to play a game against and hit them with seven Tigers and a small pile of Tiger Ace Command Cards!