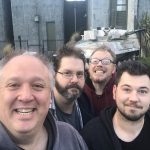 A year ago, the Big Four (of Late War) were driving back from Panzerschreck 2019, where we had spent the weekend playing 150 point doubles games of Team Yankee. Like any post event road trip, we found ourselves talking about two things:

We found ourselves discussing the future (now the present) of World War III: Team Yankee and the effect that T-80, M1A1HC, Leopard 2A5 and Challenger tanks were going to have on army building. Suddenly you can roll out tanks costing as much as 18 points each that are essentially an army in their own right once you put a full-strength platoon on the table.

This led us to the next logical point in the discussion, we wanted to play with a company of tanks and supporting equipment, not a platoon. For Flames Of War players it is one of the things that the three periods (Early, Mid and Late) solve. In Mid War a Panther tank is the king of the battlefield, but I can realistically only fit a few in the average force, but roll over to Late War and there are much nastier cats, so I can field an (understrength) company in 100 points.

Returning back to World War III: Team Yankee and there is no way to sandwich 8-10 Abrams, a platoon of infantry in Bradleys, some artillery and Apaches in 100 points without making some serious compromises and at the end of the day we wanted to play with the models we wanted to play with.

This was when we started discussing Big Games For Big Gamers – the idea of going up to 150-200 points but with a little peer based pressure on what was a “Big Games” army. Now you have to remember that I had just finished a weekend of pushing round 35 points of Czechoslovakians that still had 48 models and I wanted something a little faster to game with. With this in mind we agreed to keep our Black Platoon selections “points heavy” – so no army building with Czechoslovakian T-55 Tank Battalions (31 tanks for 40 points) but instead focusing on T-64s and T-80s, M1A1s, Leopard 2s, Merkavas and Challengers. Our support units could be whatever we wanted, but once again this was a chance to play with full strength batteries of M109s, adding in minelet and bomblet, rather than focusing on maximising the value of every last point.

I am the last person to tell you that building a horde of anything in World War III: Team Yankee is wrong. I still have a fantasy to build an Iranian force with a pile of infantry, Chieftains and M60s, and my Czechoslovakians still have another 20-30 T-55s and T-72s to paint, not to mention the extra supporting units like RM-70s and Hinds. Instead it was about creating an environment where we could play games that we thought would be fun, not too asymmetric (6 tanks vs 60), and let us put all of our cool toys on the table. 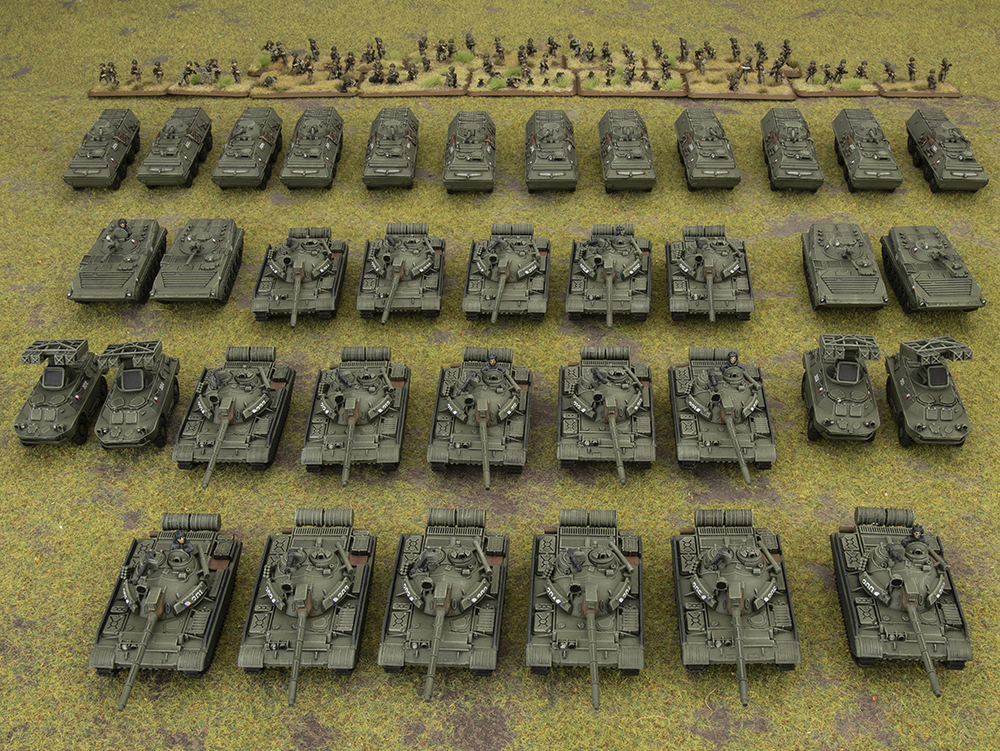 The focus of this is having fun, so I’d encourage you to talk to your gaming group about trying something similar. You don’t need a hard and fast set of dos and don’ts, just do what feels right and start off with a company of whatever tank you have been wanting to field, but couldn’t do in a 100 points, and then add in the other stuff to make it an interesting force.

As you can see it is not exactly loaded with options, but other than some Chaparral SAM Launchers, I have everything that I want, and once I get this pile painted I can start substituting out some of the M3 Bradley Scout Sections for a few more support units like Chaparrals, Humvees, VADS or infantry.