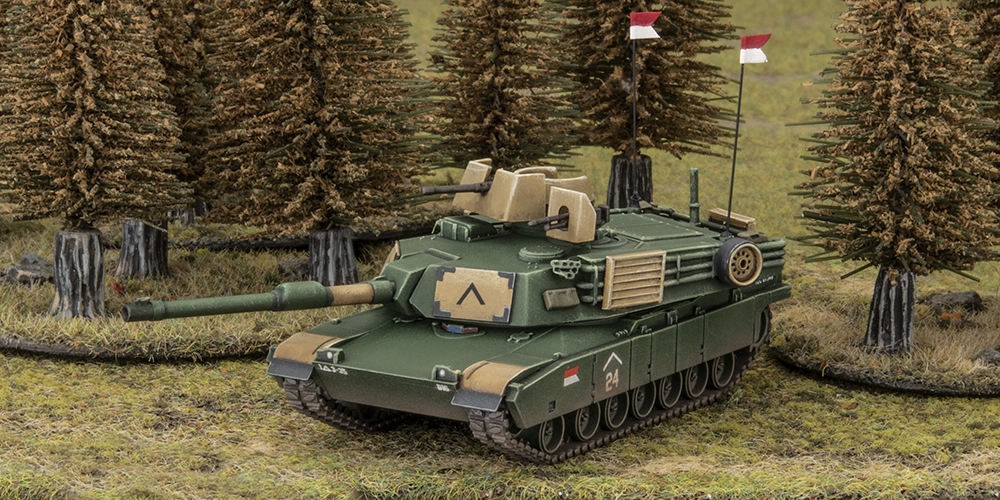 WWIII: American has been on my desk for a while, and I’d seen the awesome new Bradley sprue around the office, but with plenty of other projects to work on, I didn’t think I’d be starting another army. 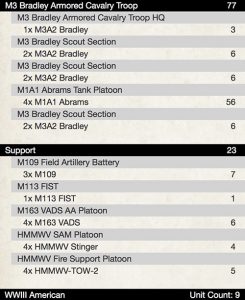 Then Tuesday rolled around, Chris reminded me the launch was this weekend, and I found myself flipping through the book and hunting for sprues!

I decided on an M3 Bradley Armored Cavalry Troop.

My first hobby step as always is to hunt through google and books for reference images, and maybe something interesting I can do. I’m doing Gulf War British, so I was pretty set on doing something green.

Scale modellers are also good inspiration. The below examples are M1A2’s, but they capture the look I want.

What stood out to me was desert yellow vehicles with forest green replacement parts.

So I’ve decided to apply the same logic to forces fighting in Europe. It’s 1991, the first Gulf War has just ended, but the Soviets are still causing problems along Iron Curtain. Equipment and replacement parts that were destined for the desert are now being shipped hastily to a more lush climate. There are some picture of this, but it’s usually on later M1A2 tanks. 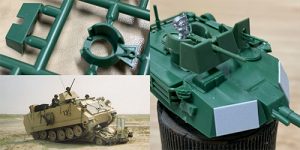 Being a Cavalry force, I took some liberties and added MG shields usually found on Vietnam ACAV M113’s. I have a few spare from building VADs.

Combat Identification Panels (CIP) were developed after the Gulf War, so again I’m using a bit of “what-if” logic and assuming they got these ready for the theoretical fighting in Europe. 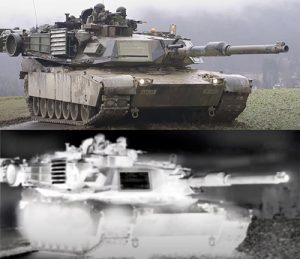 To make these, I used some plasticard sheets (1mm spaced Clapboard, and 0.5 thick plain). The cutting was fiddly, but with a sharp knife and plastic glue it was surprisingly quick and easy.

The painting was pretty straight forward, as I’m aiming to get the army done daily quick. 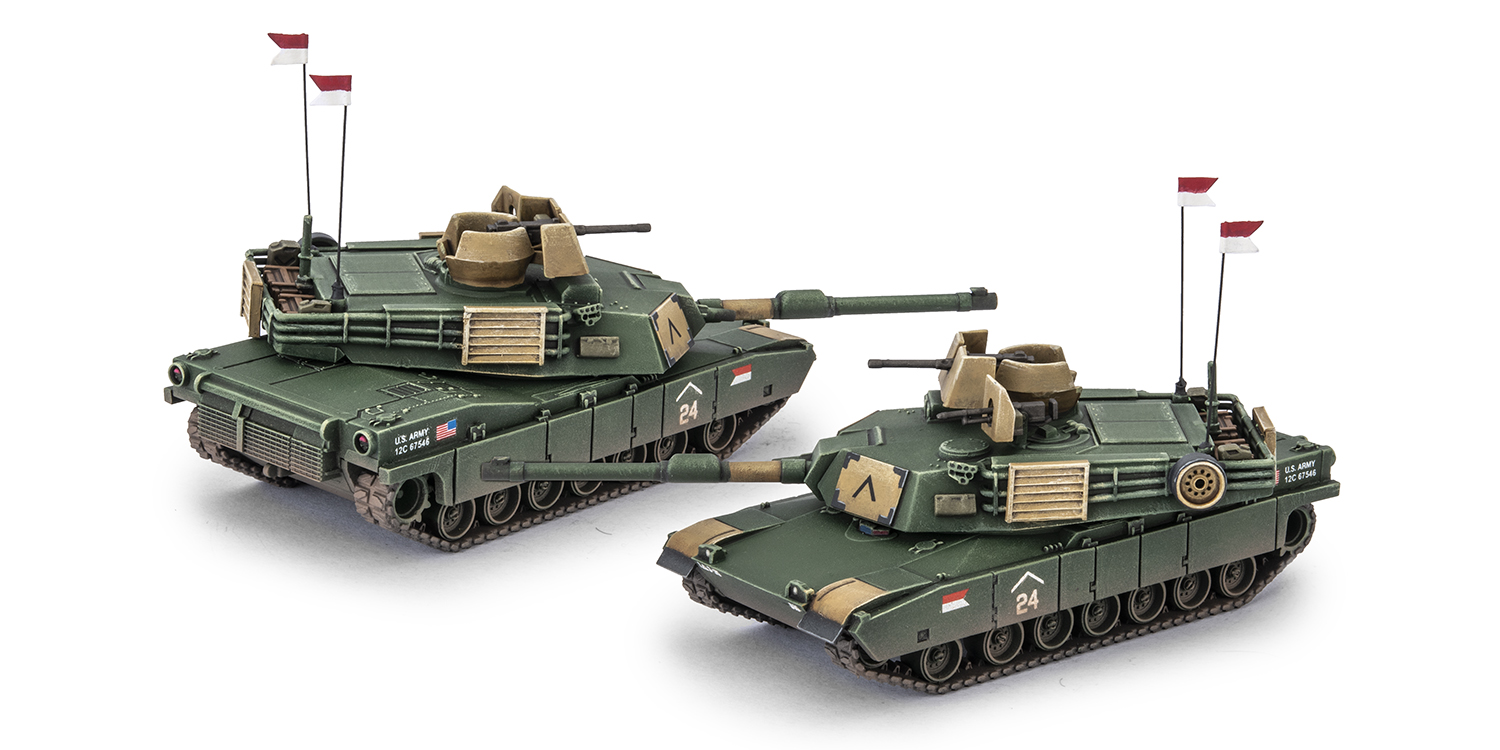 To continue the cavalry theme, I used some decals from the Vietnam M113 kit, and also added some matching penants on the aerials, made with folded paper, PVA glue, and paint.

Overall it’s a pretty quick and rough paint job, but with hopefully some interesting elements to make the army stand out. Now I’m looking forward to seeing this scheme on Bradleys, Humvees, and the rest of the support vehicles. I’ll look into adding stowage at a later date to the whole force.

Not everyone will love this paint job, but I think one of the great things about WWIII: Team Yankee is the “what-if” nature of it. It allows for some cool modelling opportunities. 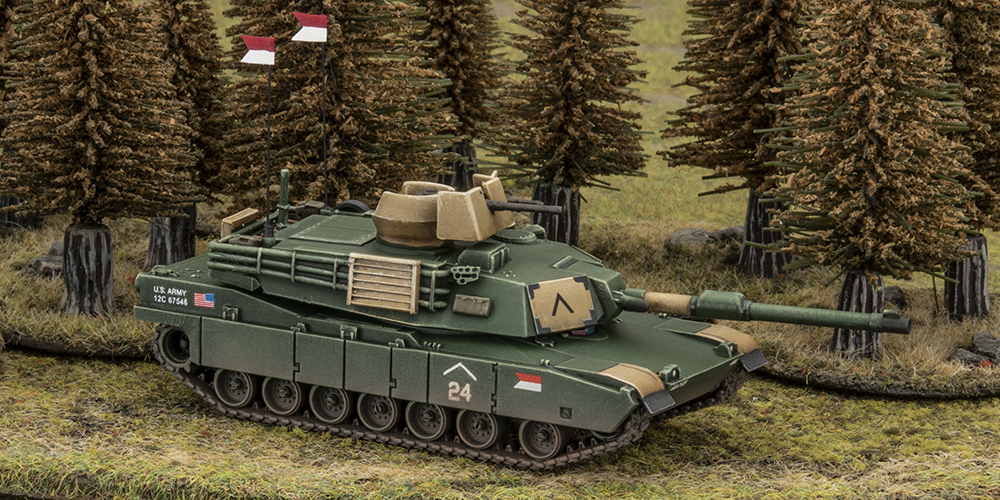