When Chris and I were first talking about playing a big game I had the thought of taking a Tiger company to take on Chris’s Soviet T-34 horde, but thought that it probably wouldn’t be a fair match-up. 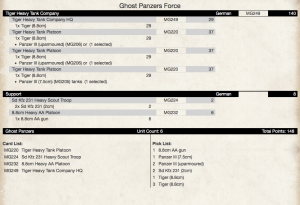 Instead, I decided to brush off my Das 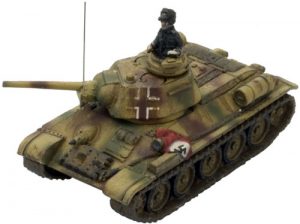 Reich T-34s and give Chris a rematch from a version 2 game we had, where my T-34 tanks were overwhelmed by the sheer number of T-34s that Chris was fielding.

My Army is based off the Captured T-34 Command Card. I won’t go into too much detail about the command cards here as Victor is going to write an article about this later. 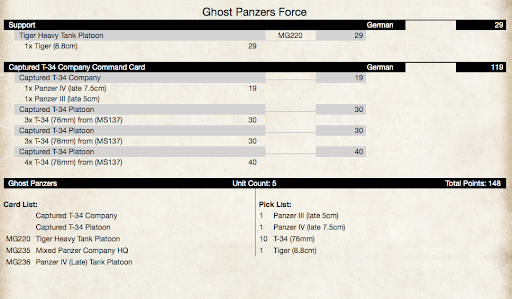 I have 10 T-34s painted, so I decided to split these into 2x platoons of 3 tanks and a platoon of 4 tanks. These are led by a Panzer IV and a Panzer III. I’m just going to use my Grey Panzer III & IV tanks for the moment, until I get a chance to paint some new ones.

To back up the T-34s I’ve added a single Tiger, again mainly because I love the model. 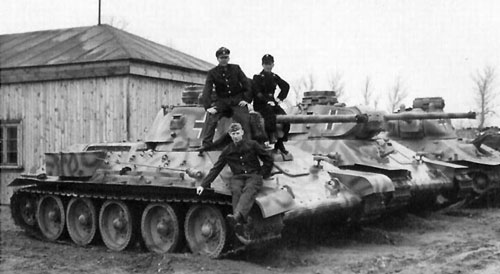 I figure the Tiger will anchor one flank and my T-34s will deploy en-mass, strength in numbers.