With the release of Bagration: Soviet I was happy to see the Forward Detachment Formation appear in the Command Cards. This is one of my favourite formations as it embraces combined arms in the one formation. Its not all tanks, it is not all infantry – it has a bit of everything. This is how the formation looks:

You can have three to seven units in the formation so you can make it relative strong. It has tanks, infantry, artillery and AA organic to the formation allowing you to take some different options for support.
If we look to maximise the units in the formation and we can add some high-end AT options – either IS-2s or Decoy Company with captured German Panzers. Let us look at a 100pt list using IS-2s first and then the Decoy Tank Company option. 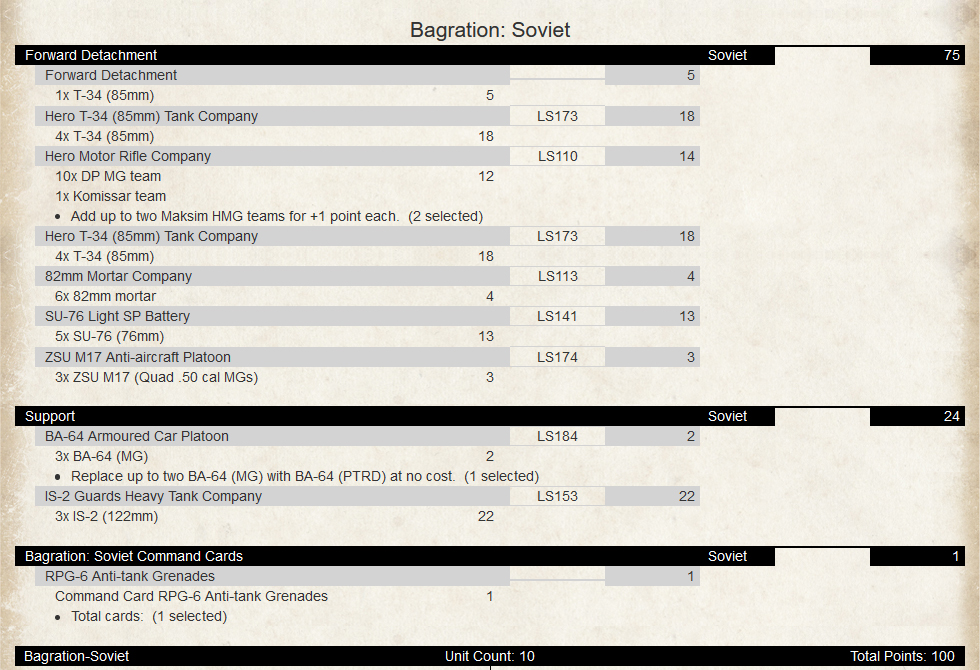 This list has nine tanks with AT12 and are Crafty which means they can do Blitz or Shoot and Scoot on 3+. Infantry can attack and defend, have their own intrinsic AT with the RPG-6 Anti-tank grenades. They can also assault on 2+! Two artillery units with the ability to reroll misses. AA support which can double as anti-infantry and anti-light vehicle platforms. High end AT provided by FA SA 8 TA 2 IS-2s with AT-14 and the BA-64 Armoured Car Platoon providing spearhead to get your force into a better attack position in those missions that allow it.

Let us modify this a bit to fit in the Decoy Tank Company and Shturmoviks instead of the IS-2s and BA-64 Armoured Cars.

The “Decoy Tank Company” command card provides us with the ability to have some captured German tanks with spearhead. This company replaces the BA-64 slot in support or in the Reconnaissance Company. A maximum of three tanks and you can select from a single Tiger and up to three of Panther, StuG and Panzer IV in whatever mix you like, and adds some flavour to your force and a change from Soviet green! 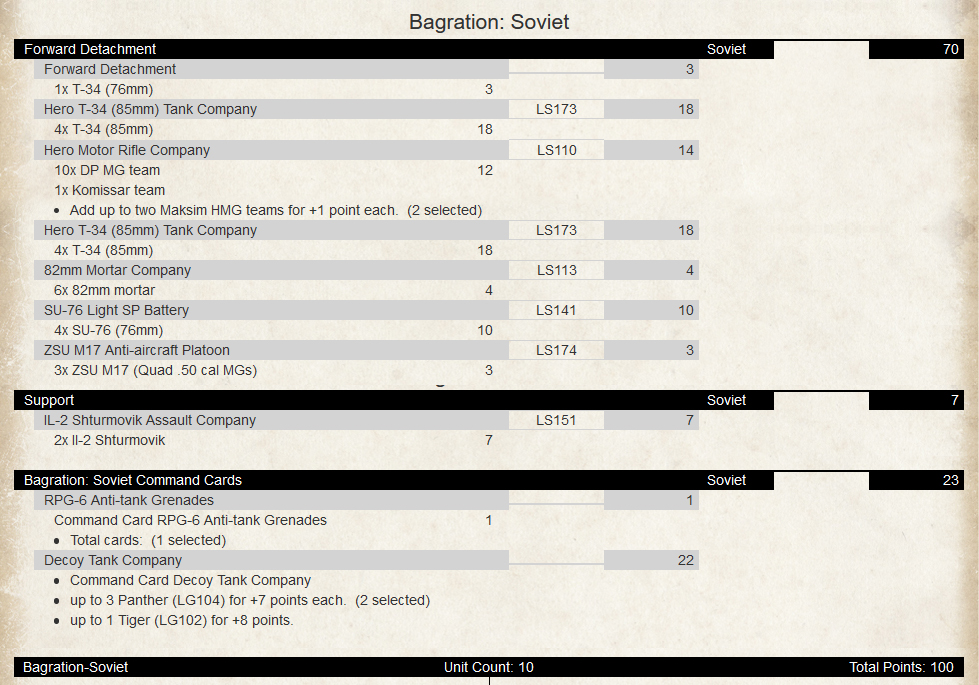 So, we still have our high-end AT with the Decoy Tank Company but now pulls double duty for spearhead where appropriate. Added the Shturmoviks for a third template and a secondary AT option with AT5 vs top armour.
A couple of combined arms lists that are like a swiss army knife to be able to take on most armies and is adaptable with lower points if required. Have fun list building and give this list a go!