A Soviet Reconnaissance company, or Rota Razvedki in the old days, is a list that I’ve always wanted to build but never got around to doing. Our Big Four Of Late War project and the release of Bagration: Soviet book is giving me the chance to finally start it. 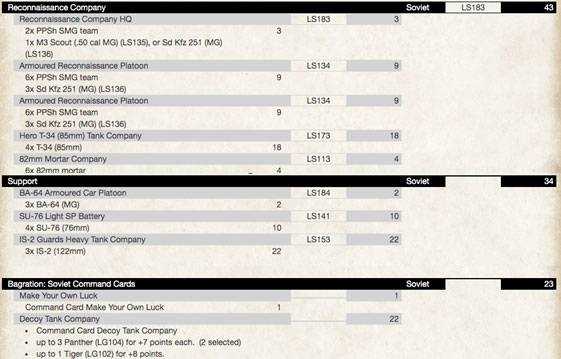 The core of my force is going to be built around an HQ and 2 Armoured Reconnaissance platoons in captured Sd Kfz 251 half-tracks. The M3 scout car is probably a more gamey choice because it has an .50 cal rather than a standard MG, but I’m a sucker for captured equipment. I’ve chosen to model the platoons with a mix of plastic Sd Kfz 251/1Cs and our new plastic Sd Kfz 250s. I’ve made a couple of modifications to make the look more ‘Soviet’ like replacing one of the mgs with a DSHK. The commanders half-track I’ve modelled as a 250/9 2cm, just to make it stand out on the table. 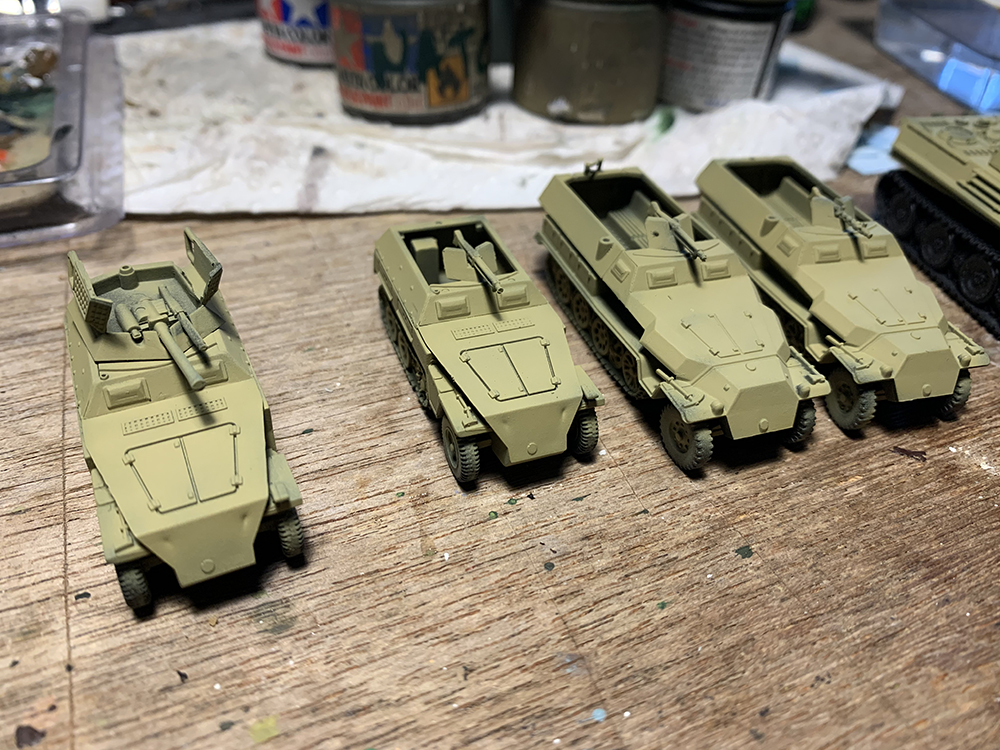 The next unit is where the list really shines. The Armoured Reconnaissance Company has a BA-64 platoon as part of its Formation, but I’m going to use the Decoy Tank Company Command Card to replace it with a platoon of two Panthers and a Tiger for 22 points. Note that these now count towards Morale now! See my previous article talking about captured tanks. 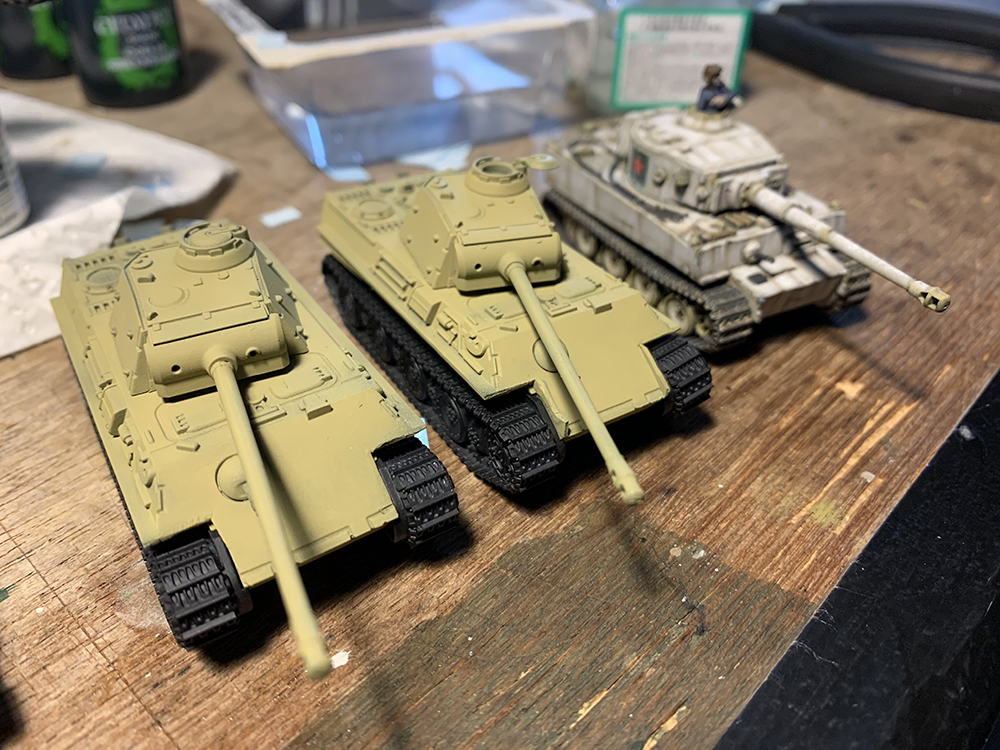 Next up I’m going to add a Hero T-34/85 platoon for 18 points. T-34s are useful in any army and are there to add to Formation morale and deal with enemy medium tanks.

Finally, inside the Formation I’m going to add a platoon of six mortars for 4 points for a bit of cheap artillery.

The first platoon I’m going to add is an IS-2 Company. Their massive armour makes these tanks assault beasts. They are in the list to push the enemy off their objective, or at least soften the enemy position up enough that the infantry can get in there and finish the job. The fact that they have a brutal AT14 gun is a bonus, but their primary role is not to engage tanks.

To help soften up the objective, through both direct and indirect fire, is a platoon of 5 SU-76’s. I never rated the SU-76 under previous editions of the game as they were a single role vehicle that I though was a bit over pointed. Now that they are multi-role and relatively cheap I think they will find their way into a lot of my forces, however I’m not as crazy as Chris and probably won’t paint a full regiment of them. Click here to see Chris’s article…

With 3 points left I’m going to add a support platoon of BA-64s. There are probably better options to spend the points on as I don’t really need any more Spearhead options in the army, since I already have three, but it is in theme to add more reconnaissance.

The last point will be spent on the Make Your Own Luck, which allows you to automatically roll a 4 on a dice roll. This I will hold onto till late game for either a critical firepower roll to destroy a tank or motivation roll during an assault to hopefully turn the tide of the game.