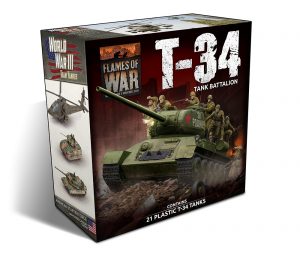 With the launch of the Bagration: Soviet release, I thought I would look at both new starter boxes to see what sort of force you can put on the table.  This article covers the T-34 starter box.  This box is ideal for someone either starting out or for the veteran player who needs to add some iconic tanks to their existing force.  For the new player, it opens the door to playing Flames Of War without needing to buy, assemble or paint too much and get into playing the game quicker.

So, if we look at what we get in the excellent value starter set (T-34), that will help decide what Formation(s) to run.  The starter set contains the following:

The bonus here is that the rulebook is included in the box – so the new player makes a saving right away.  The benefit of the T-34 sprue is you can make both the 76mm and 85mm variants as both turrets are on the sprues – just swap out the turrets when you need.  Now if we look at what T-34 Formations are in the Bagration: Soviet book, we can see what we can maximize from what we get in the starter box.  The best Formations to maximize this straight out of the box is the T-34 Tank Battalion and T-34 (85mm) Tank Battalion.  Let us look at what units comprise the T-34 Tank Battalion Formation first:

Looking at the Formation and what we get in the starter box, we can use all the T-34s!  This means we can use everything in the box for our list.  Now we need to look at what else we need to round out the Formation.  Some infantry and intrinsic mortars would be useful.  So how does this look from a list building perspective: So, a relatively strong Formation with 21 tanks and infantry and mortars.  Heavy tanks for high end AT and assault monsters!  BA-64s to get the Spearhead to gain an attack platform for your horde of tanks to be attacking and assaulting on turn 1 or 2- the T-34 is a fast beast and can move through terrain on 2+!  Make Your Own Luck Command Card to round it out – use it for a Last Stand Test at the crucial moment in the game.  NB: You can also take a few less T-34s by upgrading some of them to T-34 (85mm) for 2pts each up to half the company.  Play round with the numbers based on your preferences.

To buy this army you need only to purchase the following for under $300:

Now if we make a few tweaks here to the list, we can get more value for our choices.  If we look at purchasing the other starter box (Heavy Assault Group) we get a lot of support options that we can swap in and out for what list we might want to run and save money at the same time!  Getting this starter set gives us the IS-2s, BA-64s, 57mm or 76mm guns and infantry straight out of the box for less than the cost of buying the individual boxes and you get ISUs and SU-76s on top of that too. 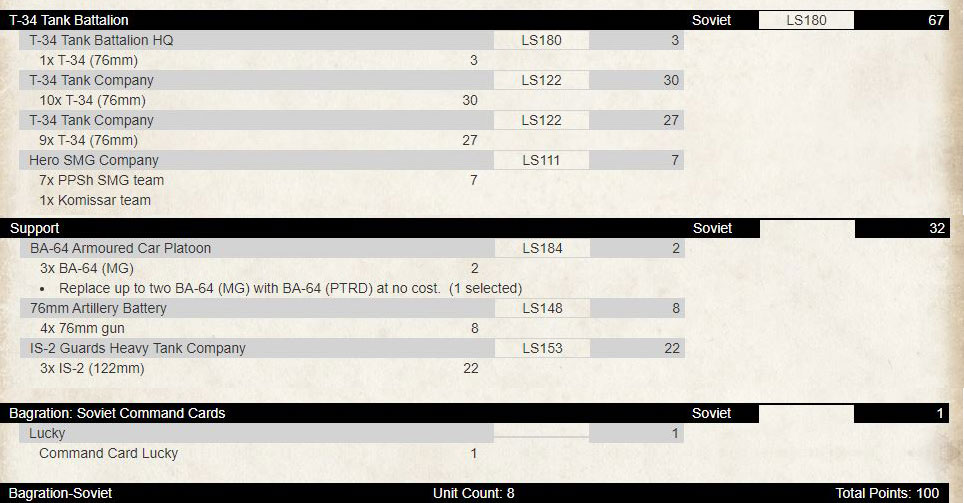 To buy this army you need only to purchase the following for $220:

We can use most of our T-34s and if we utilize the other starter box (Heavy Assault Group) we can provide flexibility with our lists.  Here is an example of what we can take:

This Formation has more firepower with the T-34 (85mm) having AT12 and no longer has the overworked rule that the 76mm version has.  The ISU-122s pull double duty of high-end anti-tank duty of AT14 and provides an additional artillery bombardment giving you options.  You can play around with providing different support options and with how many T-34s you want on the table! 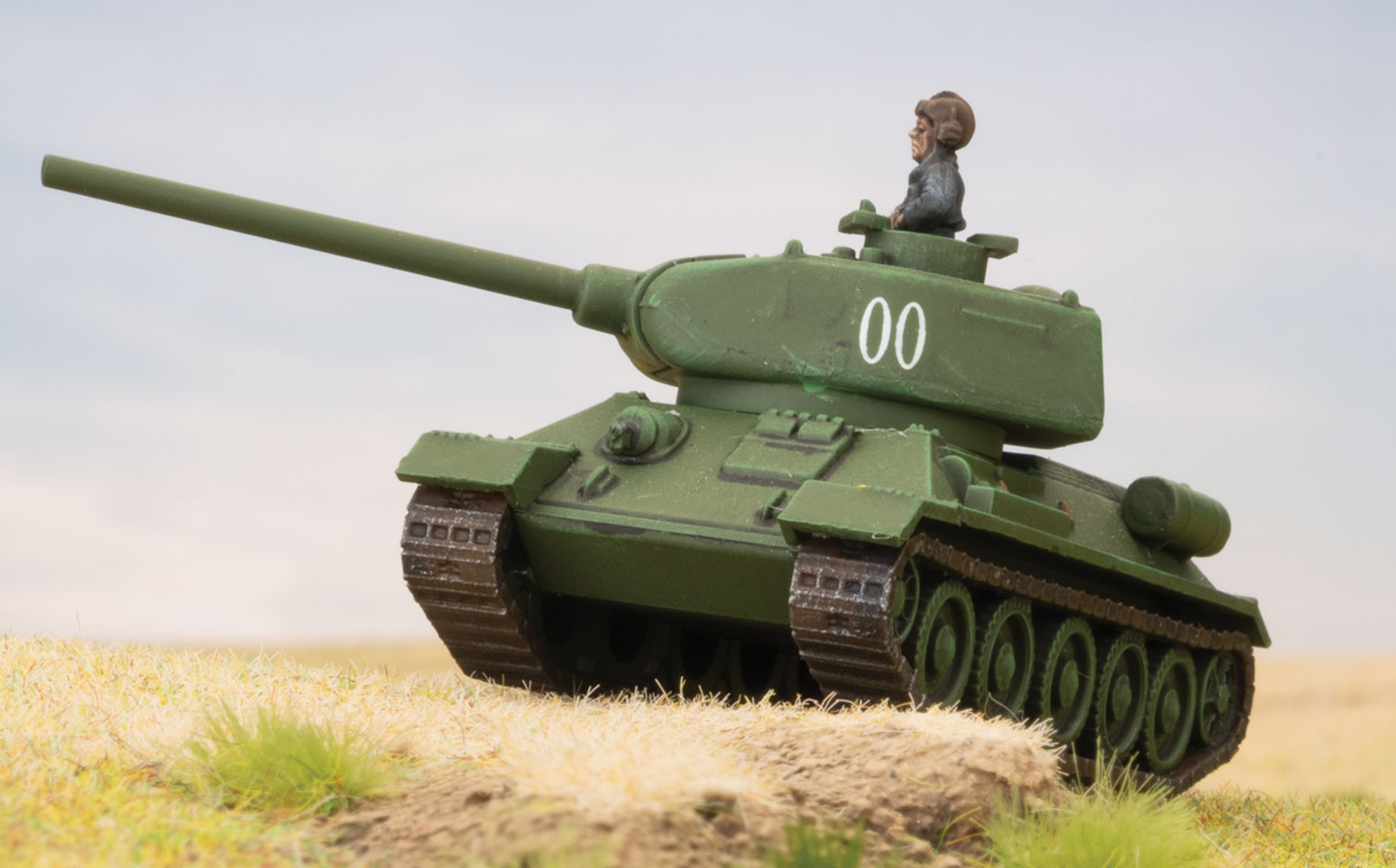 There are also two other T-34 Formations in the book – the Hero equivalent of the above.   These Formations tend to be smaller and get the crafty tactics rating making them 3+ for tactics skill checks such as Blitz.  The Formations themselves are like their regular equivalents except the tank companies comprise of 3-4 tanks instead of up to 10 tanks.  Cost ranges from 9pts for 3 x T-34 (76mm) to 18pts for 4 x T-34 (85mm) – so still gives you some flexibility but due to their size, you need to be more careful with them.

There you have it.  For as little as $220 you can field four different T-34 Formations that allows you to get into Flames Of War, that is great on the budget and gives you the most bang for your buck starting a new force and the foundation to expand upon your Soviet force.