The other list that I’m really excited about from the Bagration: Soviet book is the IS-2s. 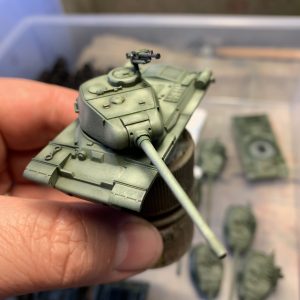 IS-2s were okay under Version 3, however by the time you put enough IS-2s in the list you didn’t have any points left over for much else. Under Version 4 the IS-2s perform a similar rule and the stats don’t change much, but they are pointed much more competitively so you can give your heavy tanks the tools they need to get the job done.

I’m planning on painting 10x IS-2s and 3x IS-85s to give me some flexibility for force creation.

To bulk out the formation I’ve added a Hero SMG platoon. These will either sit on an objective or ride up to the front on some IS-2s, depending on how aggressive I’m feeling on the day. 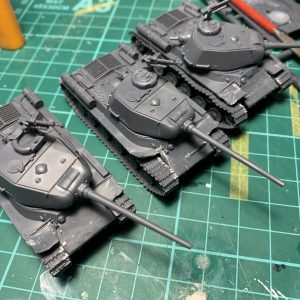 With the Formation complete I have added a Hero T-34 (85mm) platoon to the force for a bit more medium anti-tank. and some BA-64s.

The theory is that the BA-64s will Spearhead the IS-2s up the centre of the battlefield while the IS-85s and T-34s will protect the flanks, and the IS-2s will break towards an objective after the enemy forces are fully committed.