A while back when we first launched Late War with the release of Fortress Europe I got to participate in Battlefront’s Hobby League and I built a brand new force. I chose the British Churchills to be the centre of my army and with the latest new tidings in D-Day British the time has finally come to take this force into Normandy. 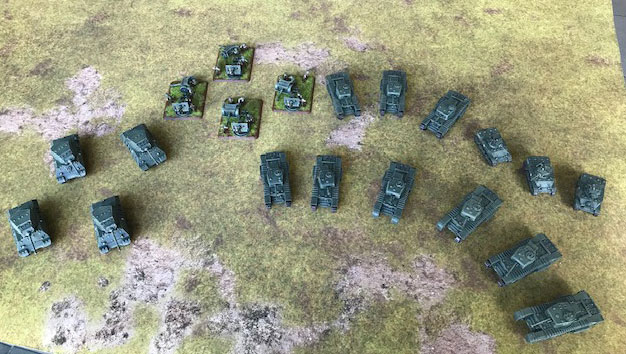 It’s a well rounded force taking an infantry company with the Churchills and bringing all the tools I’ll need, whether it’s digging out the infantry with the 25 pdrs or hunting those Tigers with the M10s. So with all this in mind and what is already painted I’ll be aiming to keep the amount of work I need to do relatively low while maximising what I can take from the brand new book. 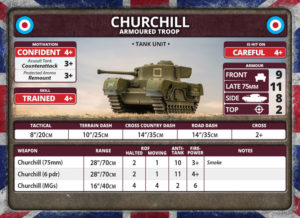 First up is the Churchills who have arguably the most to change. With the addition of the 75mm gun to their options, an additional point front and side armour and now with access to the Chuchill (late 75mm) with its whopping 11 front armour things are looking up! Stats increases of course come with points increases too but I’ll be trying to keep the core of my nine Churchills intact. My squadron HQ can now include the Churchill CS of which I’ll be taking two. This will keep the cost the same which is great for conveniences sake. My two Churchill Armoured Squadrons will be identical with both taking  a Churchill (6  pdr), a Churchill (75mm) and a Churchill (Late 75mm) giving a great spread of guns and armour. Sure they’ll be slow but they’re tough and with the 2+ cross check very little is going to stop them. This brings the points total to 52 points spread over just 8 Churchills! 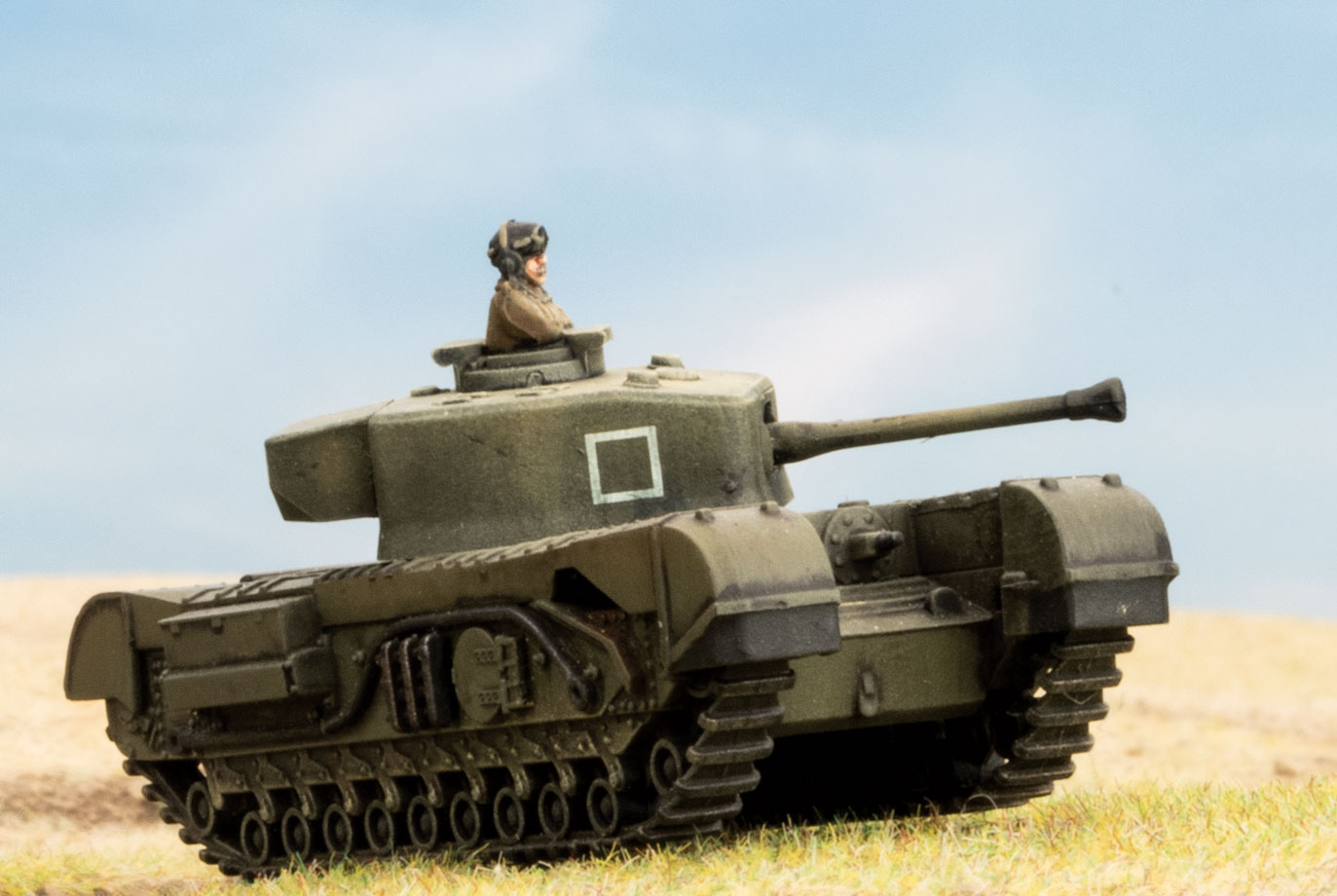 Churchills are great for infantry and lighter tanks but I’ll need something to help me with the big cats lurking out there. First stop is the M10s. I’m always happy to take four of these all armed with 17 pdrs. I often find that against an opponent who wants to keep their tanks alive these will become a high priority but the investment is worth it. This gives us 70 points in total and it’s already a solid force.

Now I want to take a hard look at my choice of infantry. I want to field an infantry formation and my options include going for some cheap and easy numbers with a Rifle Company or for few points more fielding a Parachute Company. There are pros and cons here. I already have everything I need painted and based to make a Rifle Company vs the Parachute Company which I have absolutely nothing started. For the sake of speed I’ll go with the Rifle Company for now. The total cost of this formation will be 20 points for the infantry platoons and HQ. While I’m at it I’ll throw in a four man strong 3-inch mortar platoon for 6 points and a Universal Carrier Patrol for some recon and extra guns. This brings the total formation cost to 28 points. Not bad at all. Just enough room for the new Armoured Car kits, which give me a scout and spearhead. 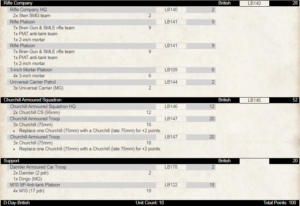 Summing it all up there’s minimal painting to be done here with the only thing I don’t own and have painted being the 3-inch Mortar Platoon. A very quick fix to make my Fortress Europe British into full-fledged D-Day: British. I admit losing my Stuarts hurts a little (such a fun little tank) but sadly I can’t find a home for them right now but maybe later on. Looking towards the future I could double down on Churchills and take an extra squadron and simply take a lone Rifle Platoon in support or I could look at turning that Rifle Company into a Parachute Company instead to get my hands on those pretty new British Paratrooper models. Heck, that might even begin a full fledged force totally invested in them but that will be a project for a future British release. For now I’m super happy with this force and once I’ve painted those Mortars I’ll be turning my brush towards a brand new force very very soon!