The Sd Kfz 250 was the light armoured personnel carrier of the Wehrmacht, providing a smaller but faster counterpart to the Sd Kfz 251. The shorter wheelbase made it less capable in crossing obstacles, but its greater speed was an asset for armoured reconnaissance battalions. Each transport
could hold 4 or 5 men, also known as a Halbgruppe (half-group). 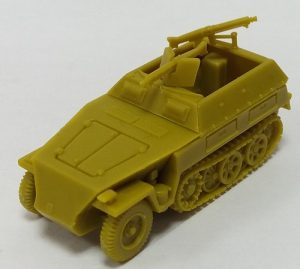 The chassis was also ideal for carrying support weapons that could keep up with the motorised infantry, including 8cm mortars, as well as 3.7cm and 7.5cm guns. A total of 7,500 units were built by the end of the war in a wide range of variants, including Erwin Rommel’s famed command vehicle,
the ‘Greif.’

View from the Factory
After this kit was developed, the factory team had a field day, test assembling the full range of variants and checking parts for quality and compatibility. MG details had to be just right, and the 2cm turret had to fit together correctly. I think we did a pretty good job, if I do say so myself. 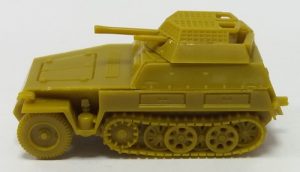 The Sd Kfz 250 sprue has a tremendous amount of flexibility, and we’re quite proud of how many different versions you can build from one kit. You can add Sd Kfz 250/9 armoured cars in a Scout Troop to provide your force with Spearhead capability, or support your Reconnaissance Company
with 8cm mortar carriers, while the 7.5cm gun half-track version can help you reduce machine-gun nests and gun positions. 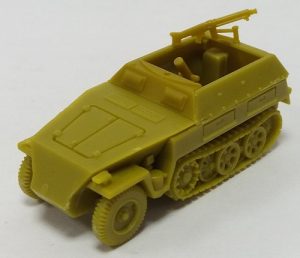 You can also build a 3.7cm gun version to add a bit of punch to Reconnaissance Platoons. 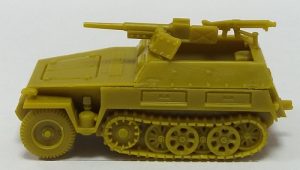