If you want to cut to the chase and get to gaming D-Day, you can check out the Mission Terrain Pack in the Online Store… 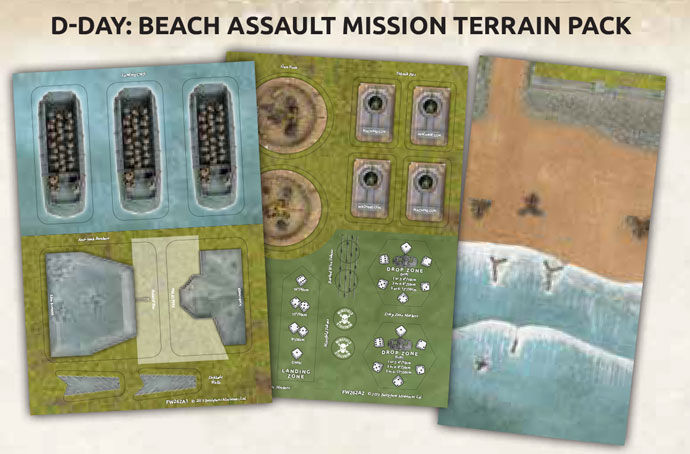 Focussing on D-Day with the first wave of Late War releases has given us all a chance to get excited about the monumental D-Day landings and airborne assaults vividly brought to life by media like Saving Private Ryan and Band of Brothers.

However, one of the difficulties with D-Day games is the requirement for specific terrain, and while you can direct order that terrain (and landing craft) right here…, for many of us, D-Day games come round but once a year. 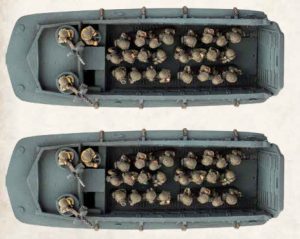 Our new Cardboard D-Day terrain set contains everything you would ever need for any number of Beach landing missions from the D-Day: American book- including landing craft, minefields, gun bunkers, and mortar pits. Your new D-Day: German Beach Defence force has everything they need to fight off the attacking Allies. To it all together, all the German defensive unit stats in the back of D-Day: American are provided as unit cards to match the pop-out and play cardboard defensive units. 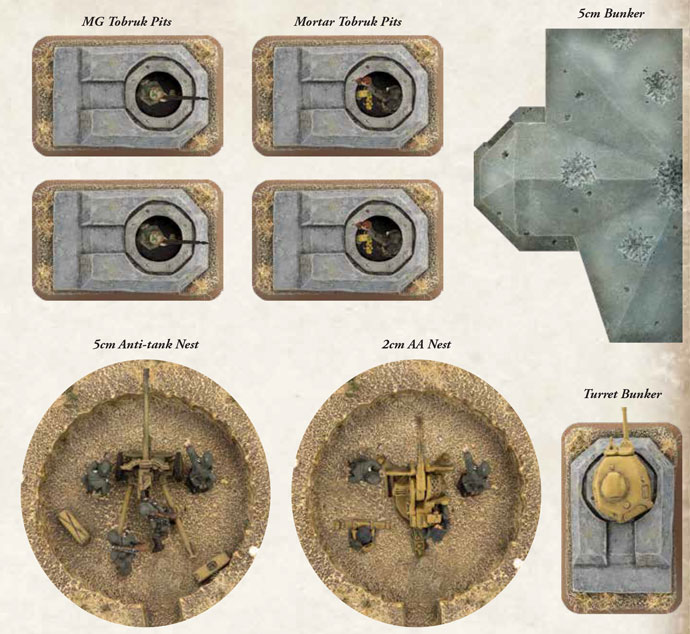 On top of landing craft for beach missions like FUBAR, the Cardboard Terrain mission pack also gives you handy cardboard tokens and pieces for airborne missions. The Drop Zone Marker is used to determine the drift of parachute landing forces, while the Landing Zone Marker is used for troops landing in Gliders.

You can check out our handy How-To videos on Airborne and Beach Landings below- everything you need to know to use the new Cardboard Terrain pack!