Usually I’m the class Sovietophile, however when I’m not painting Soviets I’m painting Waffen-SS. They have the coolest camouflage uniforms and are very rewarding to paint.  I have been looking forward to the Late-War release as a chance to dust them off.

This has been an on and off again project for me that started as a staff 600 point challenge. You can find out more here…

I have been adding units here and there to this army over the last 10-12 years as tournaments have come up or new, interesting, units have been added. Out of morbid curiosity I made a list in Forces of War to see how much I actually had. 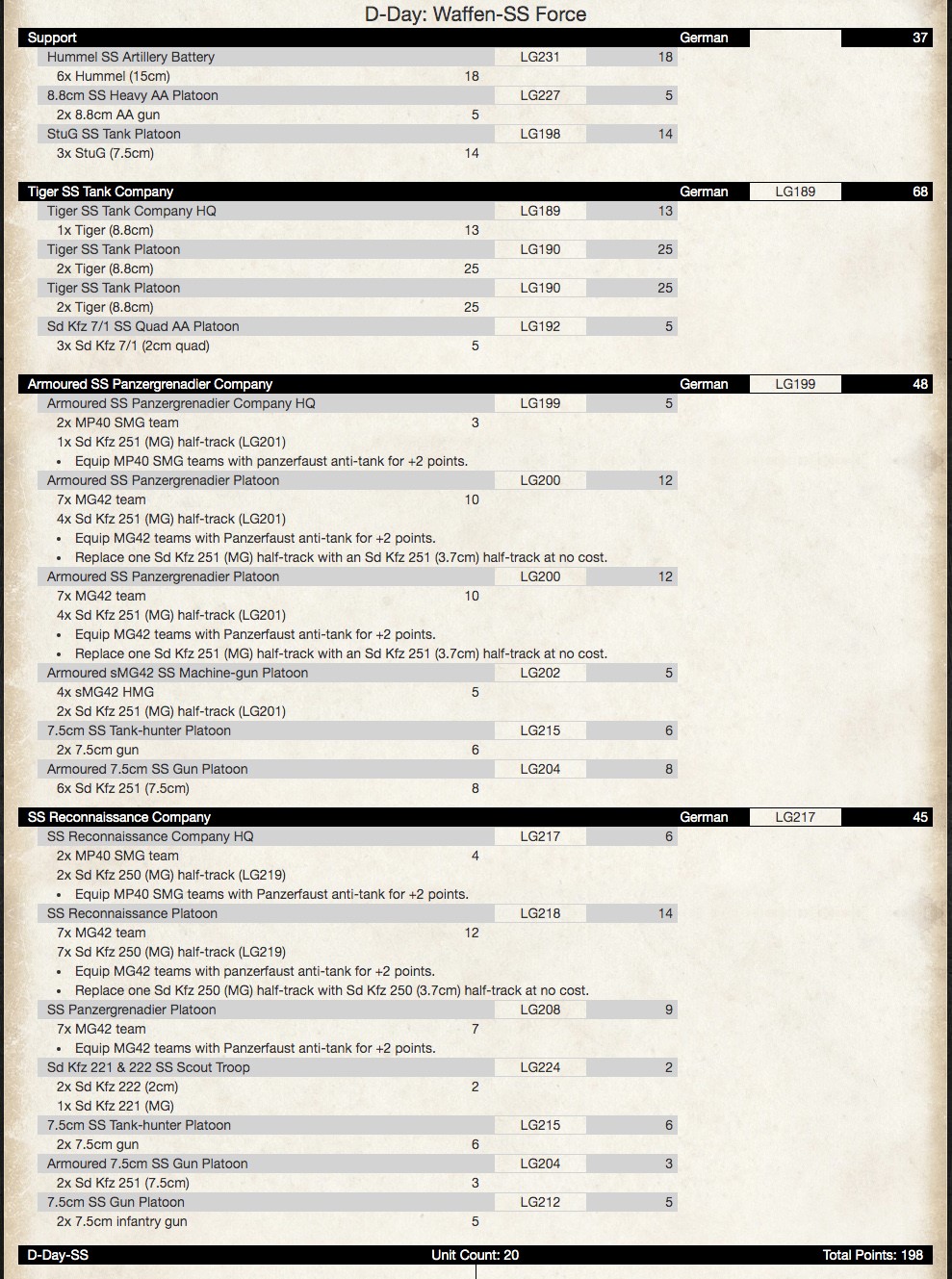 I was actually surprised at how few points it came out to, but that is mainly because I have no big points sinks other than the Tigers and Hummels, the rest is all infantry and half-tracks.

I never painted many tanks for the force because I always found it difficult to fit them into a force because they used to be Fearless Veteran under previous versions, which made them way to expensive. With the latest book I can see myself gearing up to finally add some more turrets to my army.
Panthers, I’m looking at you.

Since its close to 200 points I may have to have a large throw-down against the Big Four allies.