A long time ago, in a very different building, I remember being so excited about our latest army deal I grabbed one with the intention of painting 21 T-34s in 28 days. Spoiler alert, I got it done! Now this was long before we had the awesome full plastic T-34 that we have now, but it was still a fantastic project and I really enjoyed it. Best of all, by challenging myself with a strict timeline and series of web articles I got it done, and finished the basis for a great Soviet army.

Fast forward a few years and we have a similar deal, just with all plastic and at a better price than last time! Thinking about it has made me dust off my box o’ T-34s and think about how I might deploy them under V4…

Straight out of the gate we have the simple, straightforward and fairly brute force approach. Start with 21 T-34 (85mm) tanks and garnish with some simple additions. ZSU M17 AA because they are plastic, they are cheap, they are in Formation, they are cool, and packing all those .50cal machine-guns they will put some fear into infantry. The addition of the mortars is really about adding another unit to the Formation and whilst I was tempted to make it a unit of three (and using those points elsewhere) I thought six will mean that they might actually be useful and if they can pin or knockout a couple of AT guns then they will have easily paid for themselves by potentially saving the lives of a few tanks. Last, but certainly not least, are thee BA-64s. I love these little bad boys so much I have painted close to 20 of them as I paint a unit up for every Soviet army I build. Cheap, cheerful, with a machine-gun and Spearhead they can get your T-34s a little closer to the enemy – drive me closer so I can hit them with by 85mm gun!

With so many fast AT12 guns in the force I managed to chew up my points pretty quickly. So lets try removing a few….

Dirty Dozen (Plus One)

For this version I have reduced the T-34 count down to 13 – hopefully it will be unlucky for my opponents! With the points saved I have added in a Hero SMG Company and the Hero Tankodesantniki Command Card so I can have an aggressive group packed with infantry and tanks to charge at the enemy.

In addition, I’ve added in three IS-2 tanks as some heavy armour and big guns! I thought about adding four but three meant that I could pair them up with a company of T-34 tanks and they could form a counterattack force in any mission where I had reserves. To increase my chances of getting any reserves early I have also added in Partisan Guides to give me an extra dice on a reserve roll. 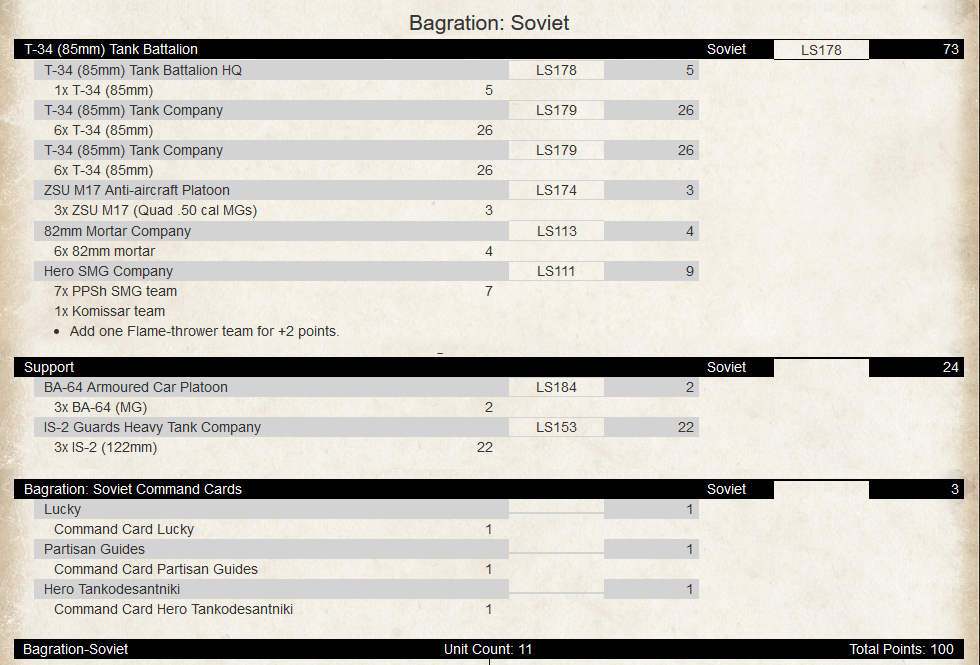 Next up, despite what Tina Turner said there is always a place for a Hero Company…

We Don’t Need Another Hero…

Changing out to a Hero T-34 (85mm) Company gives me another way to use the army and still have quite a different feel. Smaller units of tanks and a better Skill rating mean that I can be a little more cunning with the units the tabletop. Plus I still have all my favourite support options packed in to the list so I get good value out of the extra models. 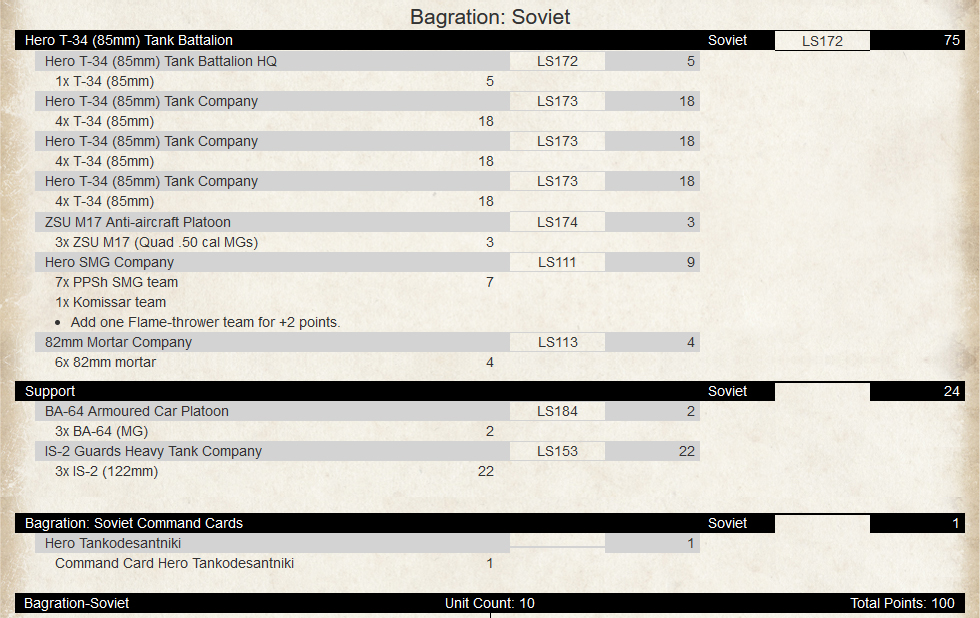 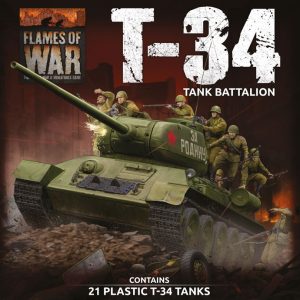 There we have it, three different lists with quite different play styles, but with a similar mix of models and a strong core of T-34s. If you want to add some more variation you can start looking into mixed 76mm and 85mm T-34 Formations (remember the plastic comes with both turrets) as these come in both “normal” and Hero versions, giving you a way to keep your tank count up, but still saving a few points by keeping some cheaper tanks in the mix.