With the release of the upcoming books Ghost Panzers and Red Banner myself and Chris sat down and planned our next armies. Chris being the resident Soviet player grabbed the Red Banner book, meaning that I would be taking a German list: the first in a long time.

Taking the book over the weekend and having a read through (and also watching the great series on tanks on Netflix) my choices were narrowed down to a couple of the lists. As much as I loved the idea of a small but hard hitting Tiger or Panther force, I wanted a few more models on the table. So I jumped at the Mixed Panzer Company.

Using the upcoming Bӓke’s Fire Brigade as the core of my force my list was starting to take shape. I knew I wanted a couple of the big tanks—Panthers and one of my favourite tanks of the war, the mighty Ferdinand. So with a mix of Panzer III’s and IVs I feel that I have a good basic core to my force. Looking to the future I am planning on  Armoured Panzergrenadier Company.

After a busy week last week managed to get a little build time over the lunch breaks. 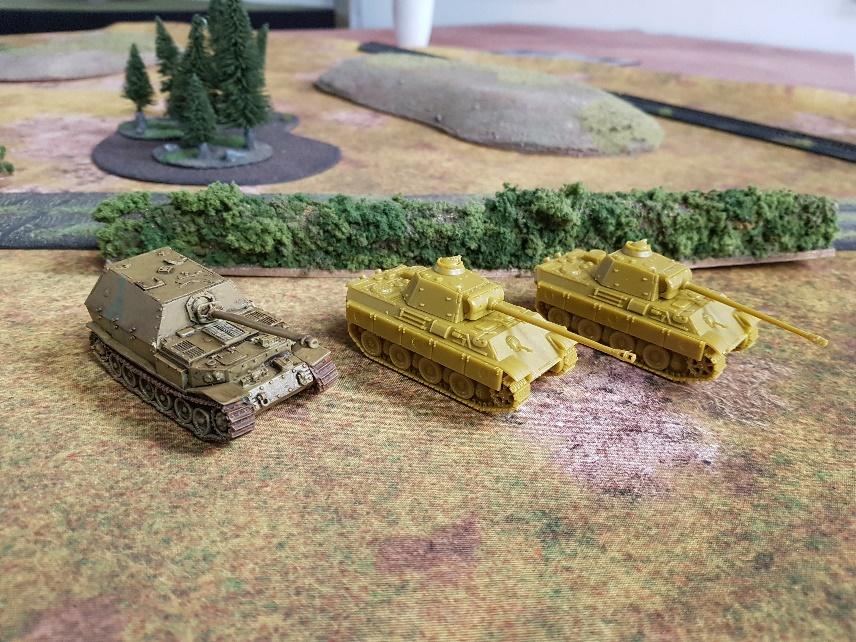 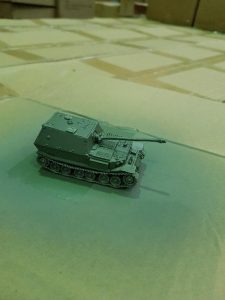 So up first are the armies big guns the Ferdinand and Panthers. I like to have a fairly dark scheme to my army so I start my undercoat with Grenadier Green before the base coat of Panther Yellow.

Next up is a wash and building the Panther Yellow back onto the tank before the camo and decals and then the weathering. I am a going for a dirty battle-worn tank rather than factory fresh. 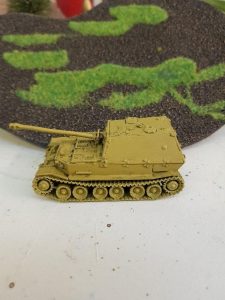 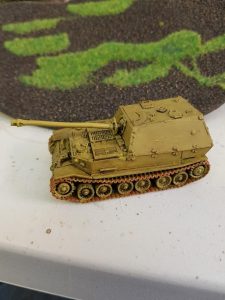