Our two new Kursk Books are out on Forces, so you can get to work setting up your armies for the Eastern Front!

Whether you want to run a battle-hardened horde of Panzer IIIs or a crack team of T-34 Heroes, you can start putting them together over the weekend at Forces of War…

I’ve decided to put together a StuG Assault Gun Company for the Kursk period from Ghost Panzers. By June 1943 many Assault Gun Battalions (Sturmgeschütz Abteilungen) had started to be equipped with the latest version of the StuG assault gun, the StuG III G armed with the long 7.5cm StuK40 gun. The 301. Panzer Battalion chosen as the theme unit in Ghost Panzers is a radio control unit that also contains Borgward demolition carriers, but by not taking the Borgward options it can also be used to represent any of the Assault Gun Companies or Batteries that served on the eastern front.

To be a bit different I’m going to base my StuG force on 6. Infanteriedivision, representing the Sturmgeschütz Kompanie (Assault Gun Company) of Panzerjäger Abteilung 6 (6th Tank-hunter Detachment/Battalion). 6. Infanteriedivision fought in the middle of the 9thArmy’s attack on the north of the Kursk Salient and pushed as far as Olkhovatka during the battle along with the Panzertruppen. During the fighting the divisions also has the 1st and 2nd Companies of Heavy Panzer Battalion 505 (Tiger IE heavy tanks) and Panzerkompanie (Fkl) 312 attached. 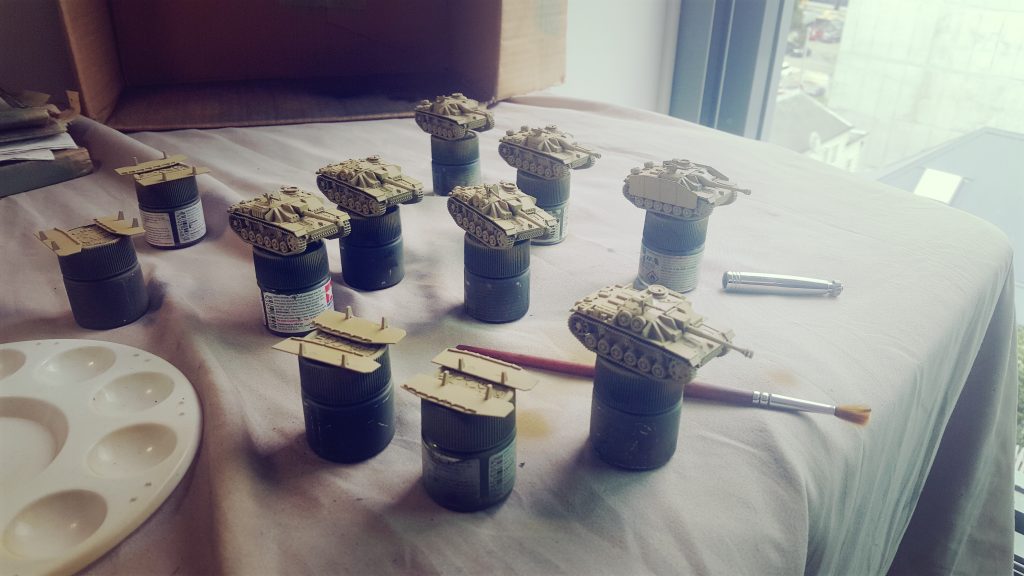