One of the things we’ve been most looking forward to with the release of WWIII: Team Yankee is the release of a selection of plastic aircraft to make bringing World War Three to the skies even easier! 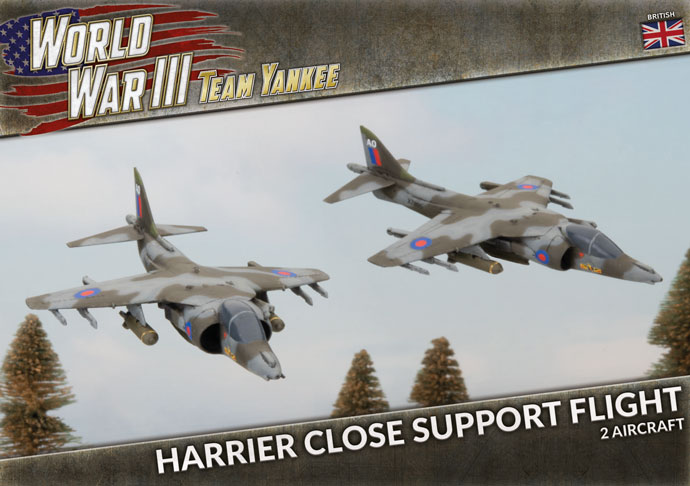 After considering the customer feedback on the various aircraft in the WWIII: Team Yankee range, we explored the options available for getting plastic aircraft onto the table. As it turns out, there were a few ways we could get some of the aeroplanes of WWIII onto the table in plastic, and they included a variety of 1:144 scale model kits. To ensure that we weren’t adding a massive skill jump between Battlefront kits and these third party aircraft kits, it was up to Evan to run through each and every manufacturers kit and test out their ease of assembly, suitability to the theme, final look, and finally we settled on three kits to start with.

All three of these kits are manufactured by Academy, with a few additional resin cast pieces from us to make them suitable for combat in the skies above your WWIII: Team Yankee tabletop. 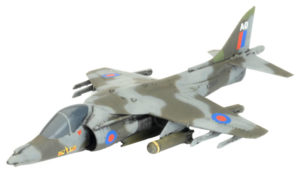 Being the first of the new WWIII: Team Yankee releases, the British are the first force to get their very own plastic aircraft, the Iron Division Harrier Close Air Support Flight. The famous ‘Jump Jet’ used by the British in World War III could swivel its exhaust nozzles down to allow it to take off vertically. As such, it was based out of supermarket car-parks, football fields, or other concealed locations close to the front line to reduce interference from Soviet intercepting aircraft, and to keep the rate of sorties higher than conventional aircraft. 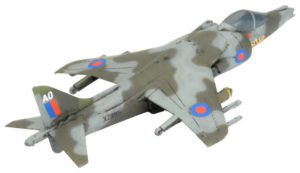 The Harrier Close Air Support Flight is an effective attack aircraft, boasting both the 30mm Aden gun and the BL-755 cluster bombs. The Harrier’s role in destroying lighter vehicles, helicopters, and dropping cluster bombs on infantry is a key support role, made all the more easy to model, paint, and field, with the new plastic kit. 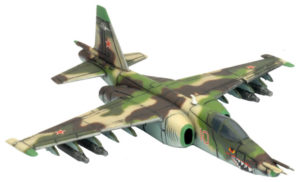 The SU-25 Frogfoot The Sukhoi Su-25 Frogfoot, known to its crew as the Grach (‘Rook’), is the modern-day equivalent of the legendary WWII Il-2 Shturmovik. It’s tough and sturdy, able to sustain multiple hits and still bring its pilot home. Flying low and slow, it can safely attack enemy troops in close proximity to its own. The SU-25 carries an impressive array of weaponry, including air-to-surface missiles and unguided rockets, on its ten under-wing hardpoints, as well as having a twin-barrelled GSh‑30-2 30mm cannon in the nose. The KH-25 Missiles come as a resin cast set of add-on pieces to make modelling your full kitted out Frogfoot easy. 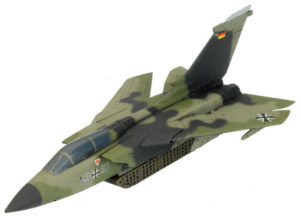 The Tornado is the third plastic kit being made available right off the bat for WWIII: Team Yankee. The Tornado is a two spruce plastic kit, with a plastic cockipit, and a resin MW-1 Submunition Dispenser cast by us to add to the kit. The main role of the Tornado is as an Interdictor Strike (IDS) aircraft. The Tornado is armed with two internally mounted 27mm Mauser BK-27 auto-cannons and two AIM-9 Sidewinder missiles for self-defence. It can carry a variety of conventional bombs, as well as the MW-1 submunition dispenser that drops a variety of munitions, including the KB44 anti tank bomblet.

We are really excited to get plastic aeroplanes into WWIII: Team Yankee and we know you’ll all enjoy updating your airforce from hefty metal to sleek, lightweight plastic.