Facing off with Casey is always a fun game and this was going to be no exception. Usually, we find ourselves on the same side but this time things were different. Facing off a large number of Soviet T-34s against a smaller number of German versions would be a real test to see who could handle them the best – the Soviets that built them, or the Germans that captured them. 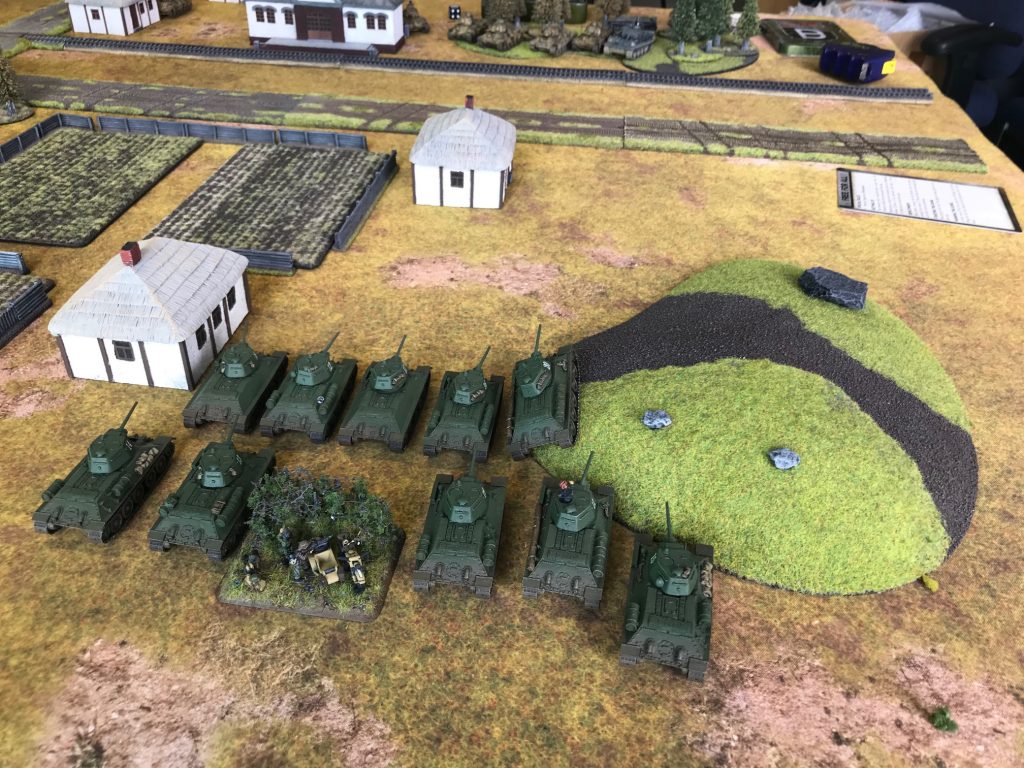 I deployed a line of tanks stretching across the table, confident I could manoeuvre as needed. Casey stuck to cover behind buildings and in forests. He knew I would be coming for him. 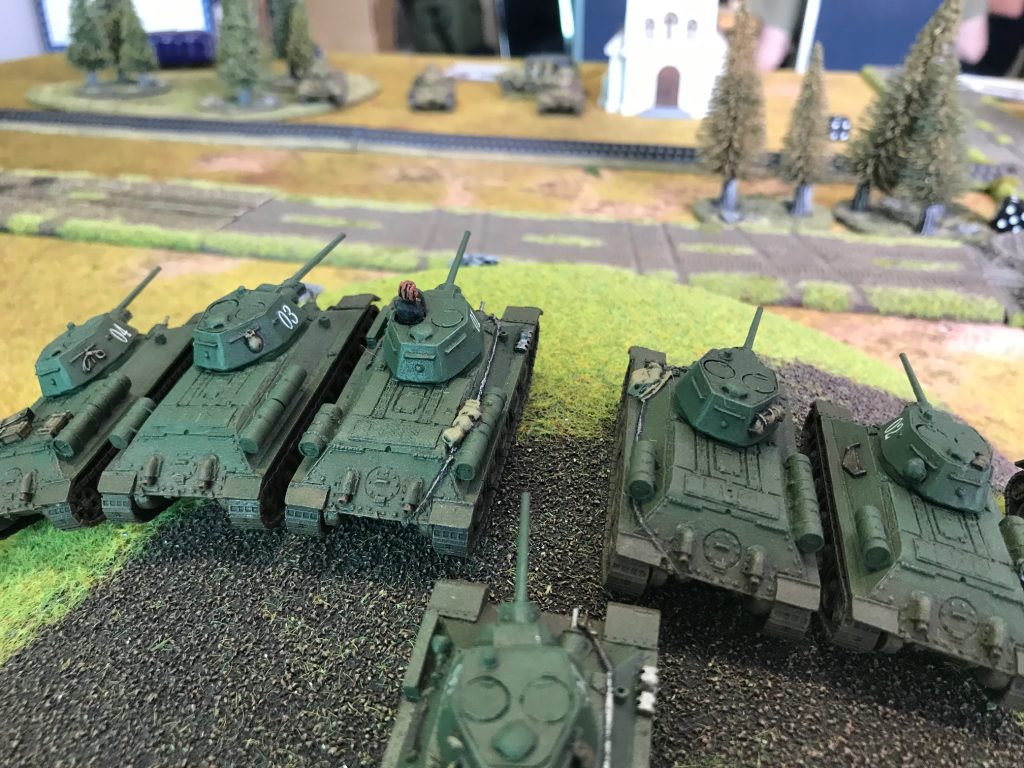 Rolling well (story of the first half of the game) I seized the initiative and surged forward. Over the next couple of turns I closed fast and hard, shooting where possible but focussing on position. Casey’s fire was inaccurate or just unlucky whilst mine accounted for some of his tanks with a string of lucky hits (or poor saves). This was especially lucky in the long term as it cut down the amount of incoming fire I would have to suffer. 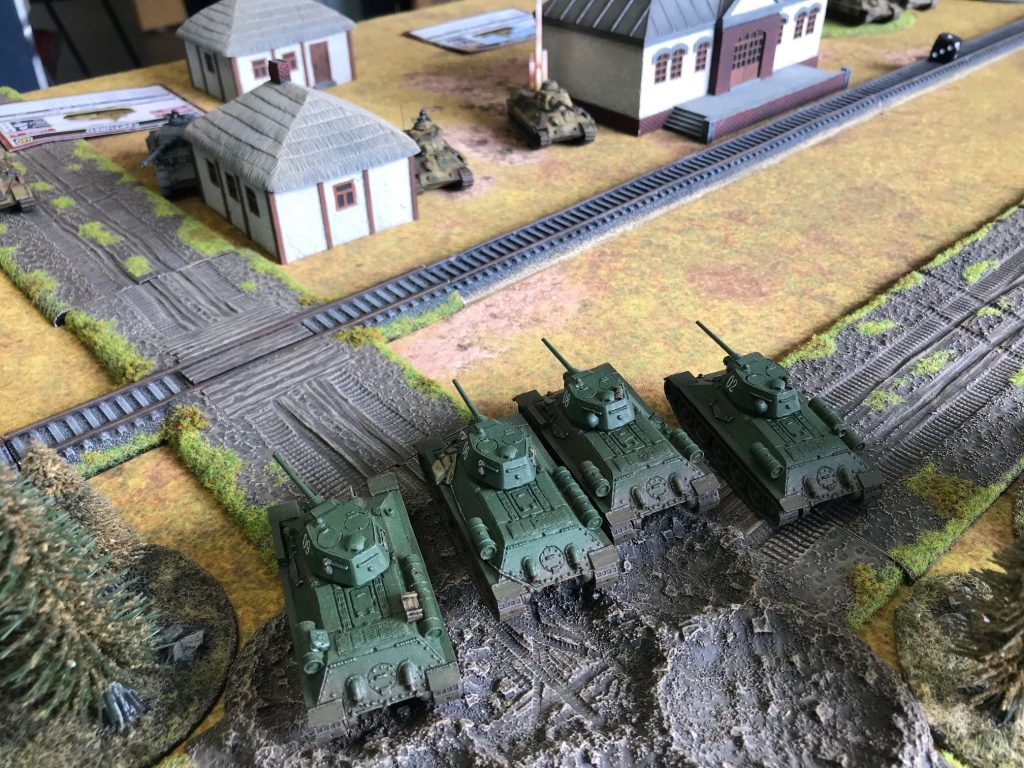 Things started to change once we hit close range as Casey’s dice started to work their magic and his T-34s started hitting and killing their targets. The Tiger kept up a steady pace of fire knocking out 1 to 2 tanks a turn whilst his Company HQ Panzer IV proved to be deadly, constantly knocking targets off as they came into his sights.

However, my 3-1 tank advantage and outstanding luck with Valentine saves proved to be the difference. The almost untouched Valentine company overran the left-hand objective, whilst the right-hand T-34 company flanked Casey’s remaining tanks (ignoring the Tiger after their ramming effort failed on the first dice throw). 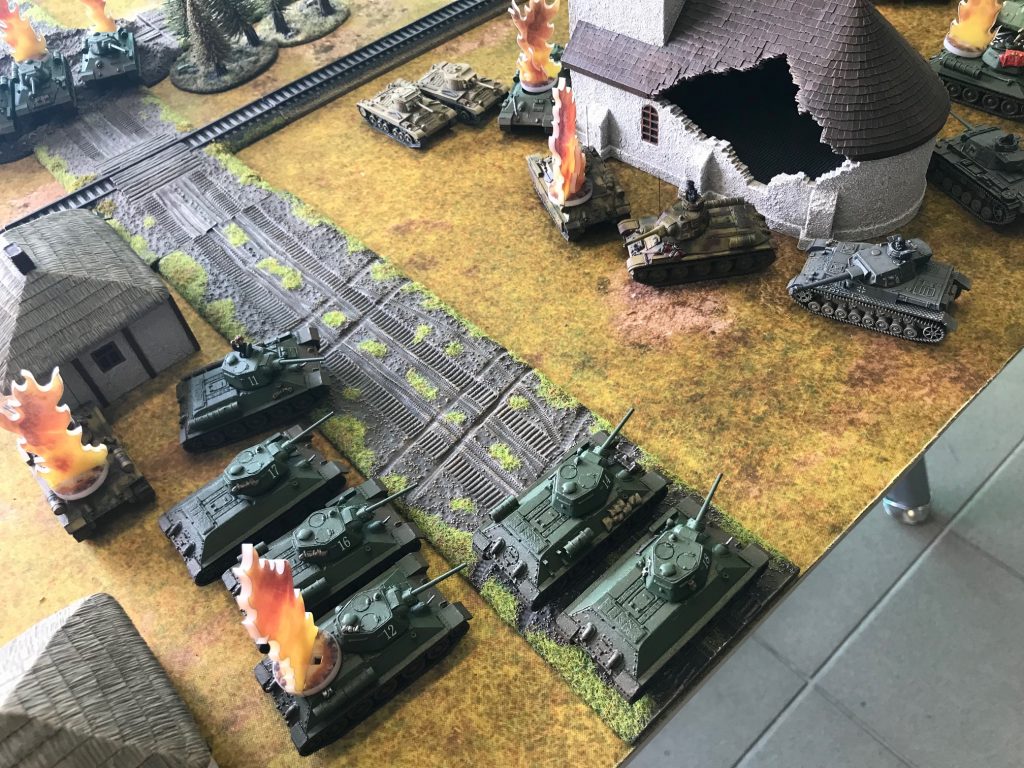 With the objective secured and Casey’s last T-34 running away the battlefield was mine. 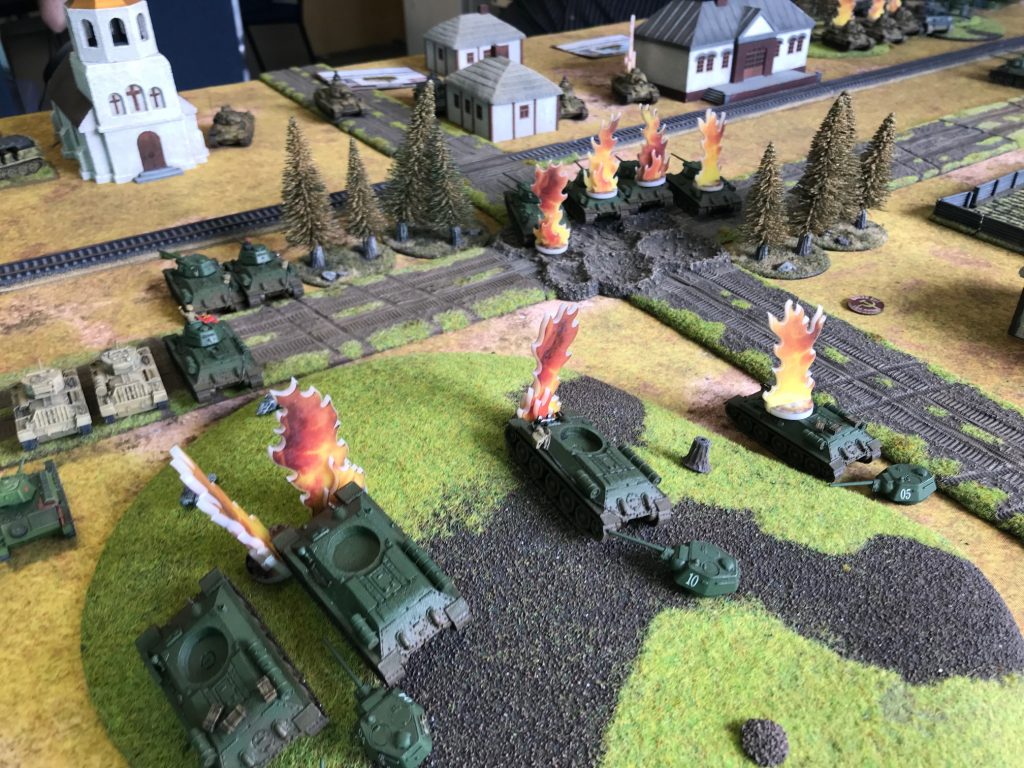