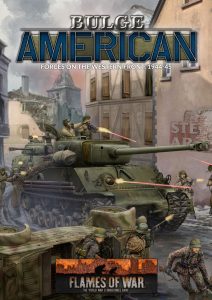 By September 1944 and the Allies have stormed across France. Patton’s Third Army was poised to strike into Germany itself, with the 4th Armoured Division in the lead. Hitler’s new Panzer Brigades were diverted to meet the Americans in the Lorraine.

By early December 1944 it seemed unlikely that the Germans would attack. On 16 December that illusion was shattered when the might of German Sixth Panzer Army smashed into the thinly-held US lines in the Ardennes forests. In the central sector, the Germans approached the town of Bastogne on 19 December, defended by the veteran 101st Airborne Division. What followed was an epic seven-day struggle. On 26 December the siege was broken by the arrival of the 4th Armored Division.

Check out Bulge: American Forces on the Western Front, 1944-45 in the online store here…

After the Ardennes, the US Army turned its attention to crossing the Rhine into the German heartland. Leading the march of the US First Army is the 9th Armored Division and in early March 1945 they cross Remagen’s Ludendorff Bridge across the Rhine.

Inside Bulge: American Forces on the Western Front, 1944-45 you will find:

Background on the US Army during liberation of France, the Battle of the Bulge, and the battle for Germany.

Instructions on how to build: 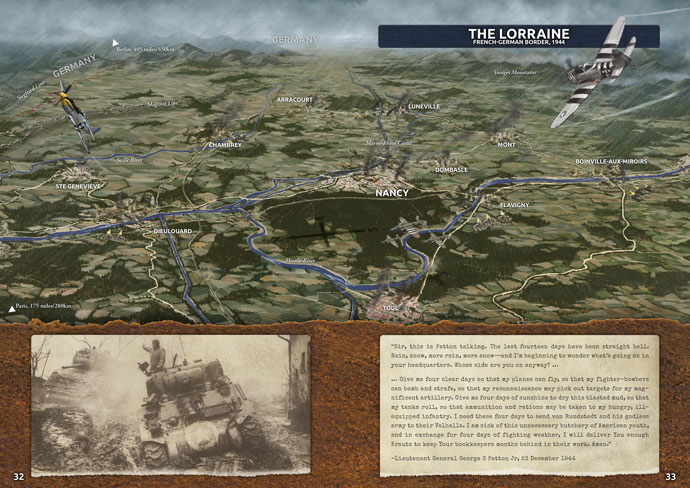 All these formations are well-supported with artillery, anti-tank, anti-aircraft, aircraft and reconnaissance. Among these you will find the new M5 Stuart Cavalry Recon Patrol, armed with fast and well-armed Stuart tanks instead of M8 Greyhound armoured cars, and T27 Xylophone multiple rocket launchers to saturate the battlefield with high-explosive rockets.

You will also find Painting and Basing guides as well as three new Bulge themed Missions.
You will also find optional Fog and Winter Weather rules to add the effects of adverse weather conditions to your games.

This book expands extensively on the teams, units and formations available to play with for US forces, adding many more options to expand your force, or to start a new one. This book is well-worth a look for your next late-war Flames Of War project