I’ve made a lot of terrain for Battlefront in my time here, but over the past 3-4 years I’ve been building a terrain table for myself as a slow burn project. Since a lot of my armies are Eastern Front themed I decided to make it represent the steppes of the Eastern Front.

I liked the idea of doing a winter table but didn’t want to make a completely white table, as it would make the table too specific, so decided to make it in a transition period, either autumn or early spring, so quite arid but with a scattering of snow. 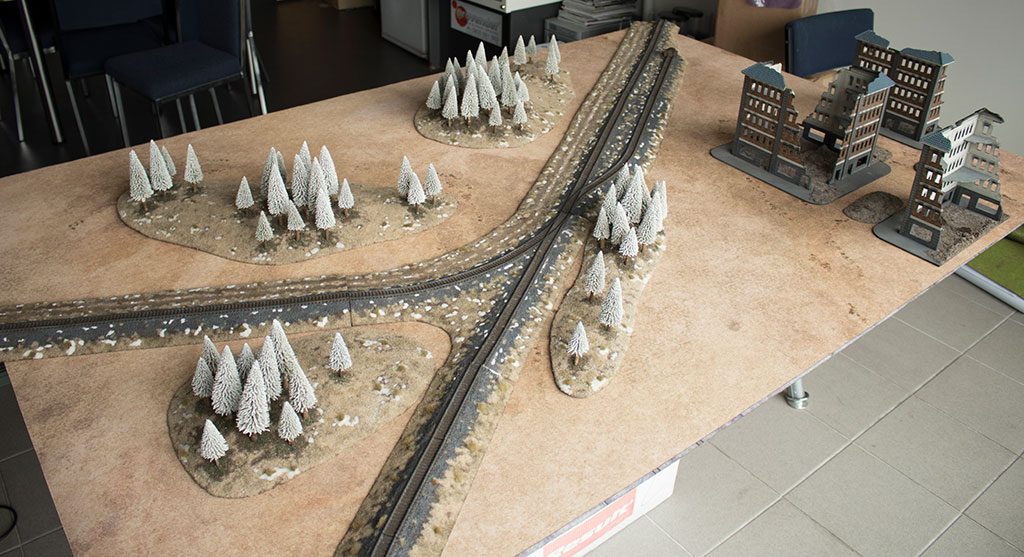 As it so happens every year on the way to Panzerschreck we travel via the Central Plateau which is as close to the Russian steppes as we get in NZ, so I’ve been using that as an example. In the sample photos here there is no snow, however in previous years there has been a light scattering of snow that has collected in small drifts around the bases of the tall grasses. Originally, I was going to populate the hills and railways with more tufts and snow, but decided not too as a compromise to make it slightly easier to photograph and play on.

I wanted the hills to represent undulating terrain, rather than slab sided hills, so when I was designing them I started with quite large pieces of MDF, glued some polystyrene to it and then shaped it so that the highest point wasn’t much taller that a large tank. Since they are representing undulating terrain I also decided to build forests/woods onto the hills to make them more dynamic, and because I don’t think area terrain should only be one thing.

I want to add 50% more terrain, but most of that will just be enhancing pre-painted Battlefield in a Box Terrain, so it won’t take that long to finish it off. When the city mat comes out I’m going to get one and cut a section out of it to put under my buildings. I’m also going to paint up a third building to finish off the city corner. The other thing I’m going to do is flock up a whole lot of fields and fences to add in a bit more concealing terrain. Eventually I want to be able to make an 8’ x 4’ table.