With the launch of the Bagration: Axis Allies release, I thought I would look at how a new player, or someone on a budget, can get a Romanian force on the table that would be semi-competitive or at least hold its own with the focus on the T-4 Tank Formation.  For the new player, it opens the door to playing Flames of War without needing to buy, assemble or paint too much and get into playing the game quicker. 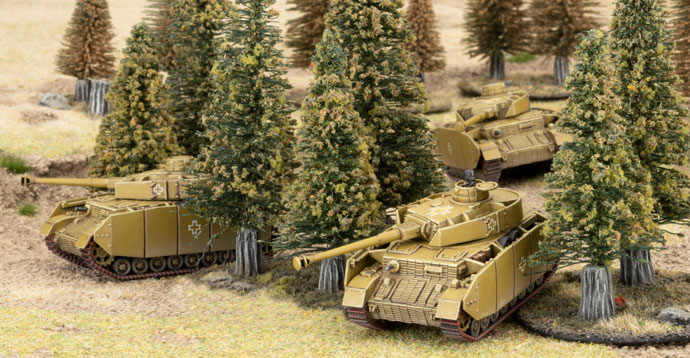 There is no starter box for the Romanians so we can look to build out either the T4 (Panzer IV) formation or the TA (Stug) Formation.  There is the German Panzer Kampgruppe Starter Box that gives us several options we can use from it and save some money at the same time.

The starter set contains the following:

From this starter set, we can use the Panzer IVs, Stugs, Sd Kfz 251s for our Romanian force and the Tigers or Panzergrenadiers as an allied platoon.  That leaves the Nebelwerfers and 8.8cm AA Guns which we cannot use.  The other bonus here is that the rulebook is included in the box – so the new player makes a saving right away.

OK – let us have a look at the T-4 formation and see how we can apply the above starter box for our force: 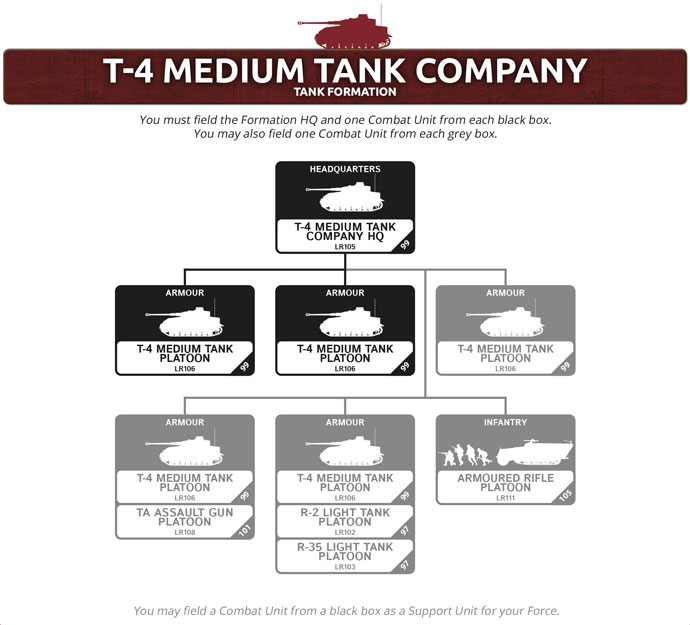 We will need one or two more boxes of Panzer IVs to flesh out the rest of the formation and some infantry, but the Romanian Panzer IV is the cheapest in the game so we should get as many as we can. We have six platoons for the formation break out of a possible seven.  We have maximized the starter box.  This is an offensive force with 15 tanks, infantry mounted in half tracks, spearhead with armoured cars and artillery to round out the force.   The allied Tigers can go into ambush if available.   You could remove the Lucky command card and change out the Tiger Platoon for a SS Tiger Platoon.

To buy this army you need only to purchase the following for $291:

If you do not think the starter box is for you, or you want different allied options, you could go and get two or three boxes of Panzer IVs to start and flesh out from there.  Here is an alternate option: 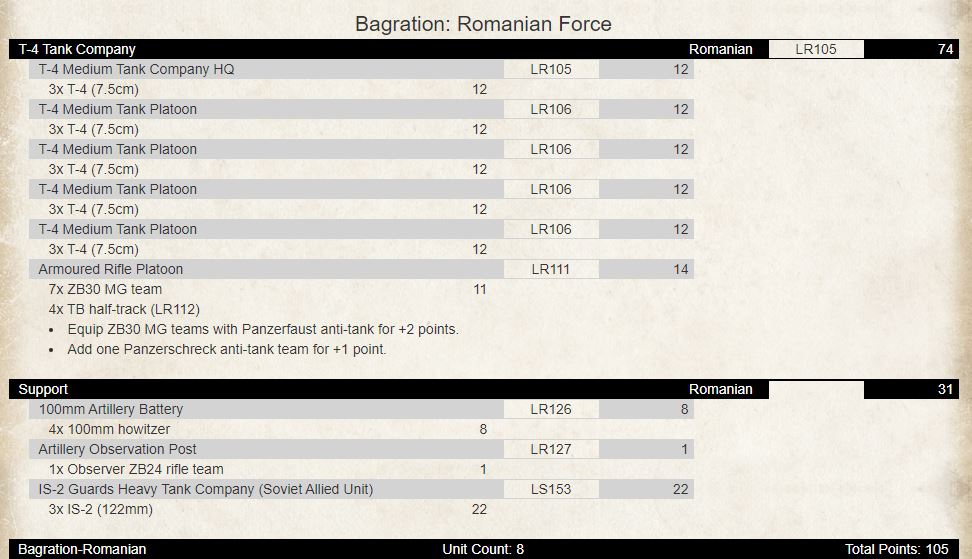 Still six platoons for the formation break and now we have the mighty allied IS-2.  Fifteen Panzer IVs is not something to be sniffed at – especially if you mass them together.  Either formation option is viable and allows you to choose what allied options you want to add flavour or provide high end AT.

To buy this army you need only to purchase the following for $332:

Starting off with a T-4 formation gives you an introduction to taking a Romanian tank force.  You can also look at taking a TA Assault Gun Formation as another option and take similar support choices. 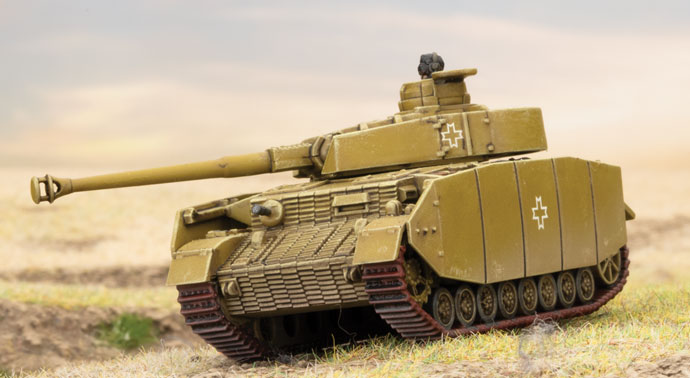 The Romanians have a great tank formation to take as a core force with a plethora of allied support or formations – either Soviet or German.  If you are a Soviet or German player, consider taking a formation of T-4s as allied support – give you an extra boost with the cheapest Panzer IV in the game so far.  You could take a formation of ten T-4s (HQ of one and three units of three) for 40pts. 65pts for your core Soviet or German force.  You could take a Soviet Hero Motor Rifle Battalion with core infantry platoons, mortars and decoy tanks giving the high-end AT.  German Armoured Panzergrenadier with infantry, mortars and panzer IV/70s.  Lots of options available.

Having Soviet or German allies provides future proofed support options for the Romanians as the release timeline progresses.  With IS-2 (Late), Kingtigers, Jagdpanthers and Jagdtigers still to come, you will be able to provide AT14 or higher support for your Romanian force!

If you were considering starting a Romanian force or just a formation, I hope this gives you some food for thought.