With the UK now starting to come out of Lockdown, something that’s been affecting most of us for the last 14 months, I have decided to celebrate upcoming face to face gaming again with my good buddy Chris from the office with a new army. 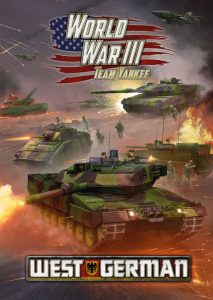 I already have a large Soviet force, so it would be good to have an opposing force to go against them. I have picked the West Germans as they have some great new releases coming out for them and I also fondly remember one of Harold Coyle’s other books ‘The Ten Thousand’ where the Germans rebelled against NATO and a stranded US army had to make their way out of Germany. This will allow my West Germans to be able to play the NATO role and that of the Opposing Force.

Having chosen my army, I will let you into my stages for starting and completing a new army.

Stage One: Read the book and draft out the first army list

I spent the weekend reading through the book and I really like the list options that are there for the West Germans. With 12 Kompanies to choose from, there is no lack of choice. With me not having any West German forces at all, this is a completely fresh new army for me. The quick and easy choice would be to take the Leopard 2A5 Kompanie.

85 points, so a solid core of my points taken up. This will give your starting force a massive firepower punch but will struggle to hold objectives and deal with any enemy infantry. 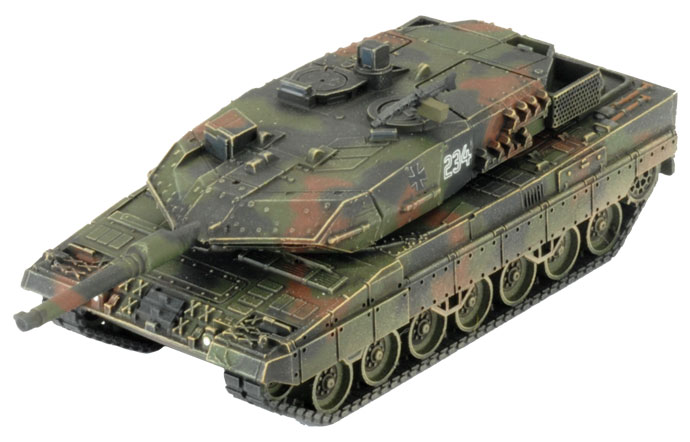 So rather than putting all my eggs in one basket, I picked up the West German Starter Force Box Set, so I had some models to play with. The box has allowed building the following force:

For now, I have dropped the Tornado Strike, and as for the remaining 4 points, I am going to add a Fuchs Panzeraufklarungs Zug so that I have some infantry that can hold the objectives, whilst my big cats go hunting down the enemy armour. The only real thing that I am concerned about when facing the opposition is if I come up against a large amount of Milan, TOW, or RPG teams as they could exploit my flanks and take out the Leopards leaving my force extremely weakened. 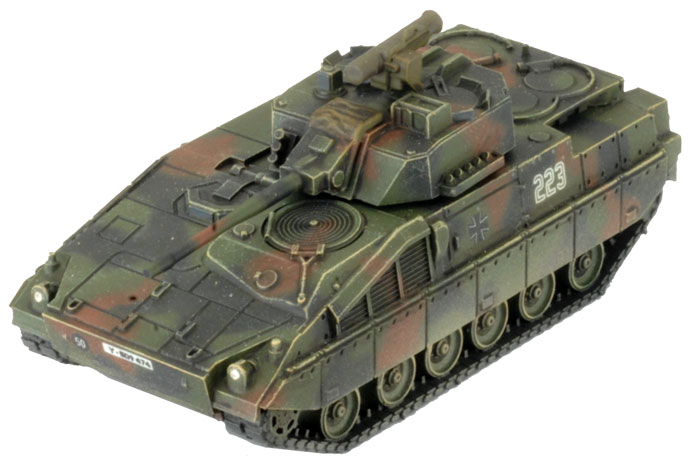 Looking through the book again I think my next Kompanie will be the Fallschirmjager with the rifle teams being able to make a quick dash in the Hueys to take vital ground whilst the Wiesel TOW and 20mm will be able to guard my flanks.

The next stage is to build my army and get on to the task of painting.

Stage Three: Paint the army. I am not a great detailed painter when it comes to painting my forces. I would class myself as fast get them on the table painter. I have been looking at some new techniques for painting quick camo over tanks using sponges

Stage Four: Play my first set of games and see how the army plays and what changes or additional units I would like to add to the army.

Stage Five: Taking from the lessons of the test games, refine the list and add or remove needed units.