A linked campaign of 5 battles, that as the result of each battle is known, further changes the upcoming battles in terms of points, forces available, and final outcome.

USMC has 120 points to deploy from battle 1 and depending on the dice roll of repaired vehicles between battles, their points/units (?) reduce throughout. There are NO force restrictions, but if the force is chosen as per the Army Book, then there will be a small bonus randomly drawn. 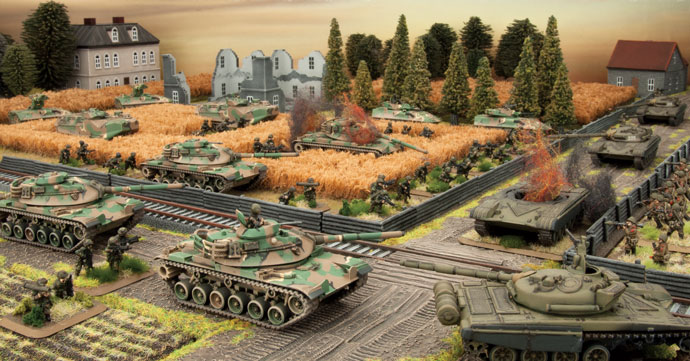 Reinforcements come as two options for USMC: What Chris can paint in addition to the 120 points starting, and if successful on battle 3 ‘Replenishment’ then can bring in one unit extra to the 120 points for each of the next battles.

West Germans have 77 points from Battle 1 and can choose to activate units from Battle 2 up to 100 points and from Battle 3 have unlimited ‘respawns’ in terms of units up to 120points for further battles. If Gareth can bring more troops to the table in terms of painting tanks and troops, then he can use them in the upcoming battles with NO Force Restrictions.

The forces of West Germany have done the unthinkable: they have thrown off the shackles of the NATO and post-WWII Western Governments and rearmed, refit and reorganised themselves, to strike at the western powers to free themselves of foreign rule and declare a Fourth Reich. Supported by Ultra Communist Soviet interlopers, advisors and spies, the West Germans attack multiple NATO bases in concert, pushing allied forces back to the border with France. A successful union between East and West Germany, allows the Germans to threaten the Soviet Union less than 40 years since Operation Barborossa in the Second World War. The Soviets scramble to remove Nuclear Weapons from their satellite states before war is declared.

A small force of United States Marines is left stranded and deep in enemy territory after they were rediverted from Desert Exercises in the Middle East to seize and protect an arsenal of Nuclear Weapons from Ukraine after they refuse to hand them over to the pro-western Soviets.

They must combat both the aggression of a Germany unified for the second time in a century, as well as marauding Eastern European Forces intent of their destruction. Now the USMC units must scramble for the Western border, whilst fighting off desperate attacks from West German forces to secure the Nuclear Weapons, delay the advance of the enemy so that NATO units can redeploy and stem the tide of war; and live to see another day. 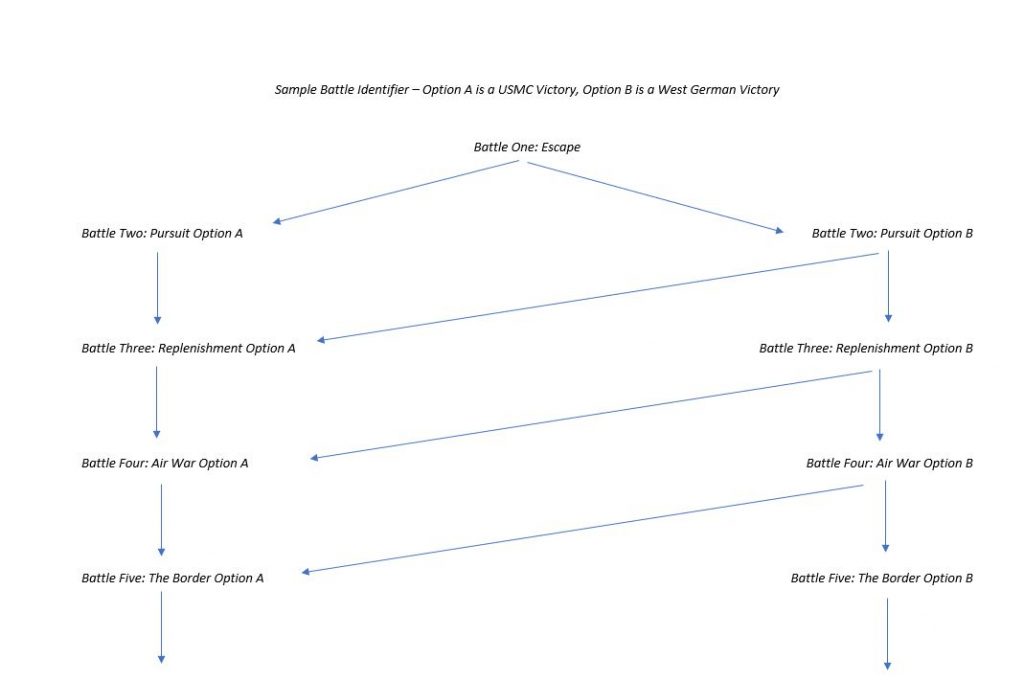