Today we are returning the to the Eastern Front where the Soviet juggernaut is preparing to throw itself at the German Army in an attempt to breakthrough and open the doors to Berlin. 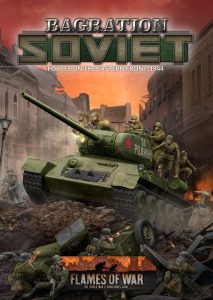 Over the course of the day you can expect to see articles, list builds, videos, hobby guides and plenty more, so by all means jump in and check it out.