Back in 2015 I made a Hero Rifle Battalion for Berlin, so with the release of Bagration: Soviet I thought it was time to dust it off and see what can be made of it using the new book. The force that I had made had a core of 2x Hero Rifle Company and a 120mm Mortar Company. In addition I had painted 2x IS-2 heavy tanks, 2x Flame-thrower teams and a Guards Katyusha Rocket Launcher Battery.

To bring I up to 100 points under Flames Of War 4th edition I have added a few things. 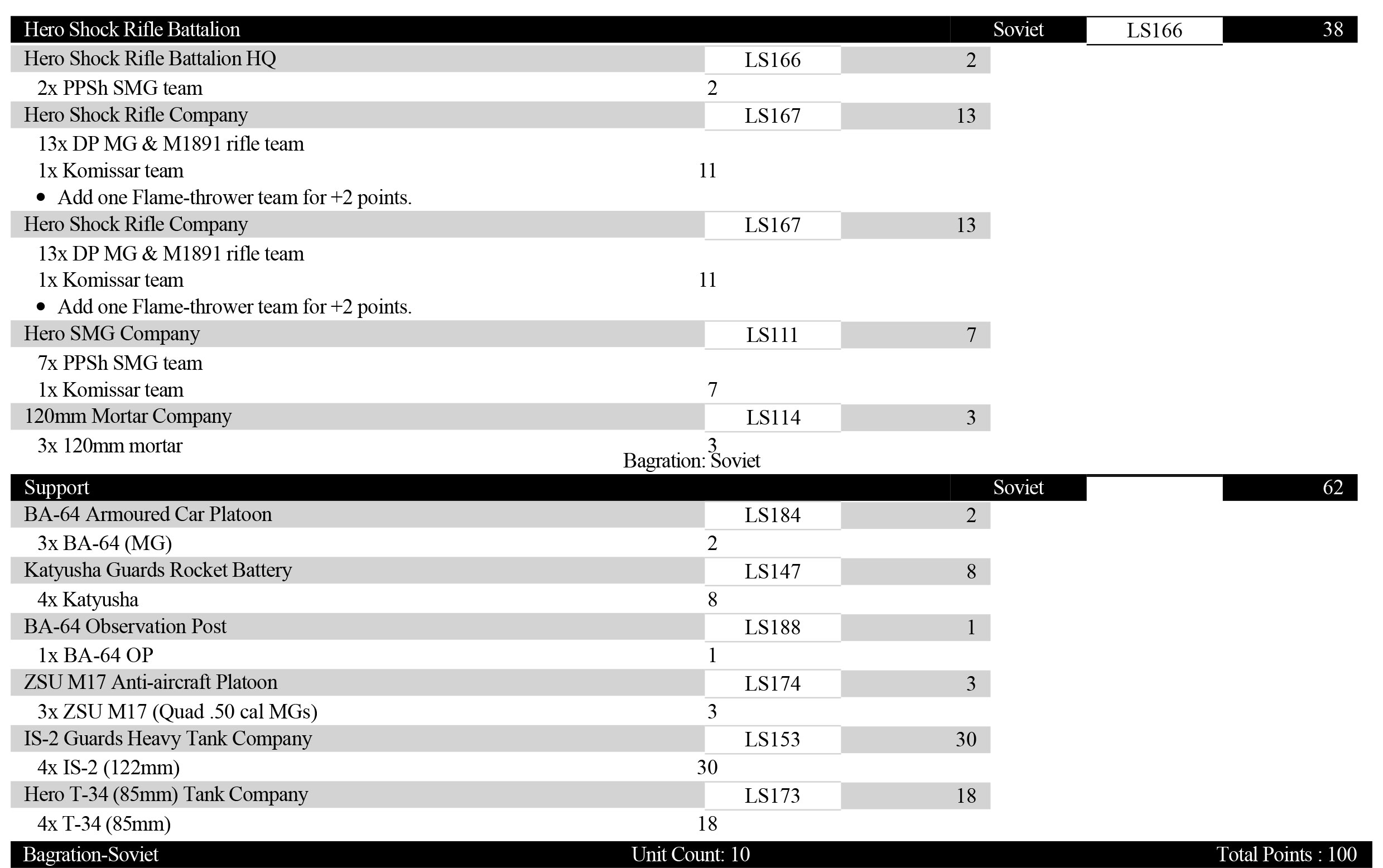 Let me explain these units. I’ve decided I need a spearhead to get my infantry forward if they attack, for this I’ve decided to use the BA-64 Armoured Car Platoon. These are cheap at 2 points for three, so are not a big points sink. 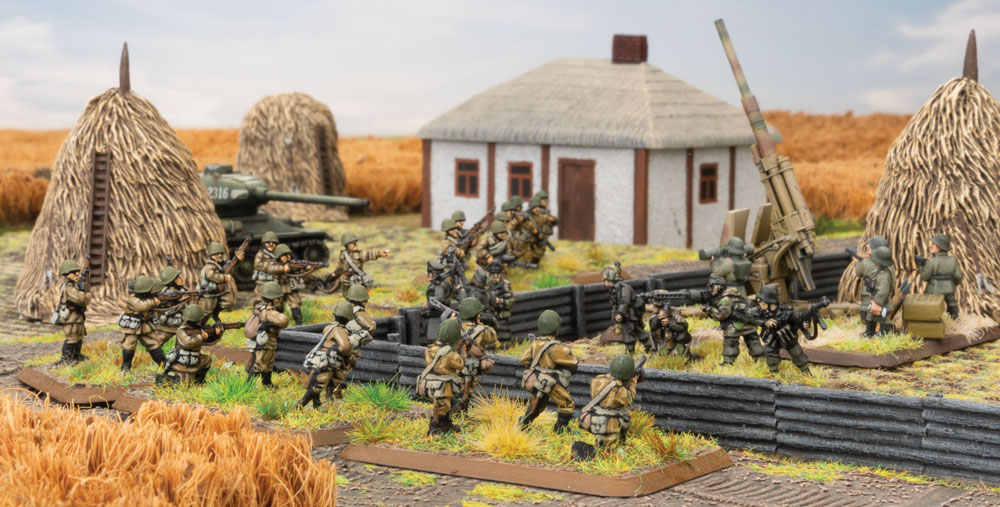 I also thought an observer would be handy for the Katyushas and 120mm mortars. This will be another BA-64 Armoured Car, which is small and easy to conceal.

Lastly some anti-aircraft is always useful. For this I’ve gone with the new ZSU M17 Anti-aircraft Platoon. These lend-lease American half-tracks mount four .50cal machine-guns, giving them a high RoF against attacking aircraft as well as ground targets.

Though I’ve got a lot painted already, there are a few things I need to paint.

Komissars: I’ve only got one Komissar painted so I need to paint two more, which is only four miniatures.

Hero SMG Company: These I do have to paint, another 7x PPSh SMG teams to add to the Komissars above (though I may be able to recycle my Katyusha command team).

IS-2: Four Plastic IS-2 heavy tanks need to be assembled and painted.

ZSU M17: Three of these half-tracks need to be ordered, assembled and painted.

Between painting new Germans and these I should be busy for a while.