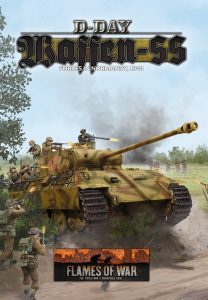 Today we’ll be launching the final book in our D-Day series, with the Waffen-SS joining the battle!

Over the course of the day you can expect to see articles, list builds, videos, and plenty more, so by all means jump in and check it out.