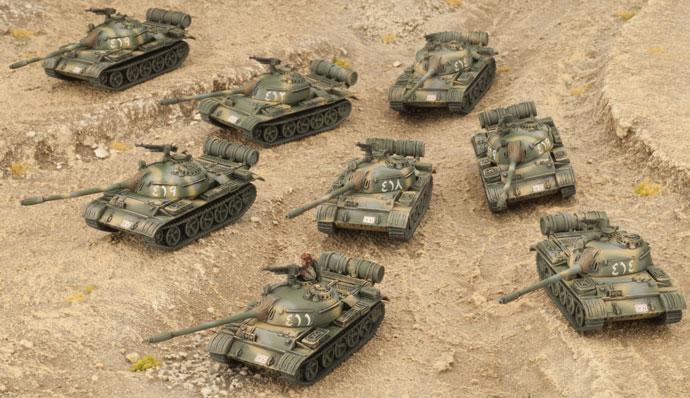 When we first started working on the original Fate Of A Nation booklet I spent a lot of time reading about Israeli actions in the Golan Heights during the 1967 and 1973 wars. Before then I knew very little about the Syrian side of these wars and I found it particularly eye opening. When we published the hardback version of Fate Of A Nation we needed a Syrian Army painted for all of the photos – I of course jumped at the opportunity because the fixed deadline meant I would get a lot of models painted in a relatively short period of time (I love a hard deadline when it comes to hobby projects).

The release of Oil War has meant that this project gets a second life for a relatively small amount of extra painting. Now I am sure you are thinking “Syrians in Oil War? I thought it was just Israelis, Iranians, and Iraqis?” Well that was the plan originally, however when Wayne was working on the book, he found that the Syrian forces in the mid-80s were sufficiently similar to the Iraqi forces that with a few rules you could fit the Syrian forces too, giving the Israelis a traditional foe to go head to head with.

Reviewing what models I already had finished I don’t have enough for a whole army (yet) but by expanding what I have already and adding in some new units I’ve come up with a fun list. 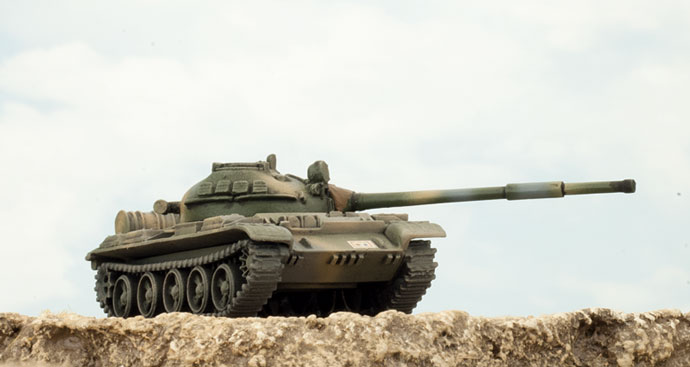 I started out with a T-62 Battalion with a total of 11 tanks. To give it some extra sticking power I added a Mech Company mounted in BMP 1s along with an attached SA-7 AA missile team. The AT-3 Saggers on the APCs significantly add to my Formations firepower. To round out the Formation I added a pair of ZSU-23-4 AA tanks. With this Formation coming in at a total of 24 points I then turned to…

A T-55 Battalion. This Formation has a total of 16 tanks (3 platoons of 5 and an HQ tank). Like the T-62 Battalion I added platoon of infantry in BMP 1 APCs and a pair of older ZSU-57-2 AA tanks. This Formation comes in at 23 points and if I had more painting time, I would be tempted to duplicate it and add the same again to my army.

Rounding out the Force is a Scout Platoon of 4 BRDM-2s – this is primarily (okay, solely) because I want a unit to help me Spearhead across the table. Next up is a platoon of SA-8 Geckos. These are some of the coolest (or perhaps oddest) models we have ever made and I have been looking for an opportunity add these to an army but never found the right option. This seemed like a good chance! Completing the army is 8 Gazelle HOT helicopters – I chose these for a few reasons, one, HOT missiles are the business when it comes to cracking open enemy tanks thanks to their AT 23 missiles, secondly, I already have some Hinds in progress for my Czechs and wanted to build and paint something different, and thirdly, Syrian Gazelle helicopters proved to be a thorn in the side of the Israeli forces in ’82, making them flavourful choice. 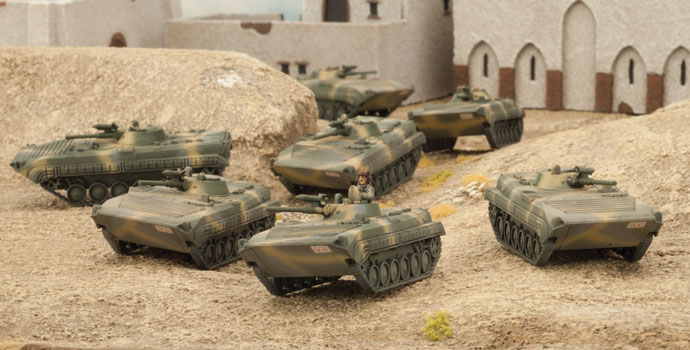 Now as it stands my army comes in 80 points (you can see why I mentioned the idea of duplicating the T-55 Battalion to bring me up to 100 points) but I think this is a nice starting point to aim for. Right now, I have just under half of the army painted (32/73 teams) by taking my existing troops from Fate Of A Nation and rather than creating a project that is bigger than Ben-Hur I think keeping it sensible and aiming for a finished 80 points is better than a “never completed” 100 points!